Tricia Treacy, a Rome Prize Fellow in Design at the American Academy in Rome (AAR) in 2018, proposed a printed matter setup investigating the relationship between art, design, and collaborative writing. Various voices contributed to a cross-writing format, creating an interdisciplinary and international exchange. ‘Slot’ is an artist’s book that blurs, conceals and reveals. Fellows from AAR, as well as Rome-based artists and writers, were asked to pause and reflect upon the themes of privacy and matters unspoken.

In developing a graphic language to convey these themes, and dwell upon the thresholds between public and private, Treacy drew inspiration from the Roman cityscape. Mail slots, which beckon passersby to imagine private realms hidden from prying eyes, shutters, and painted urban walls offered conceptual and format elements in visual collages and motifs that echo throughout the book. The title of the book, ‘Slot’, deliberately suggests not only these physical thresholds, but also gaps in social intercourse that trigger conversations.

Woodblock prints were made at L’Istituto Centrale per la Grafica in Rome, Italy. Screenprints were made at Penland School of Crafts in North Carolina. A risograph book was printed in collaboration with Jo Frenken at Charles Nypels Lab at Jan van Eyck Academie (Maastricht, Netherlands) in an edition of 70. Enclosed in a custom case made by John Demerritt Bookbinding.

‘Slot’ book and prints, curated by Emanuele DeDonno were exhibited at Colli Independent Gallery, Rome, Italy from June through October 2018.

This project is made possible by the Fellows’ Project Fund of the American Academy in Rome. 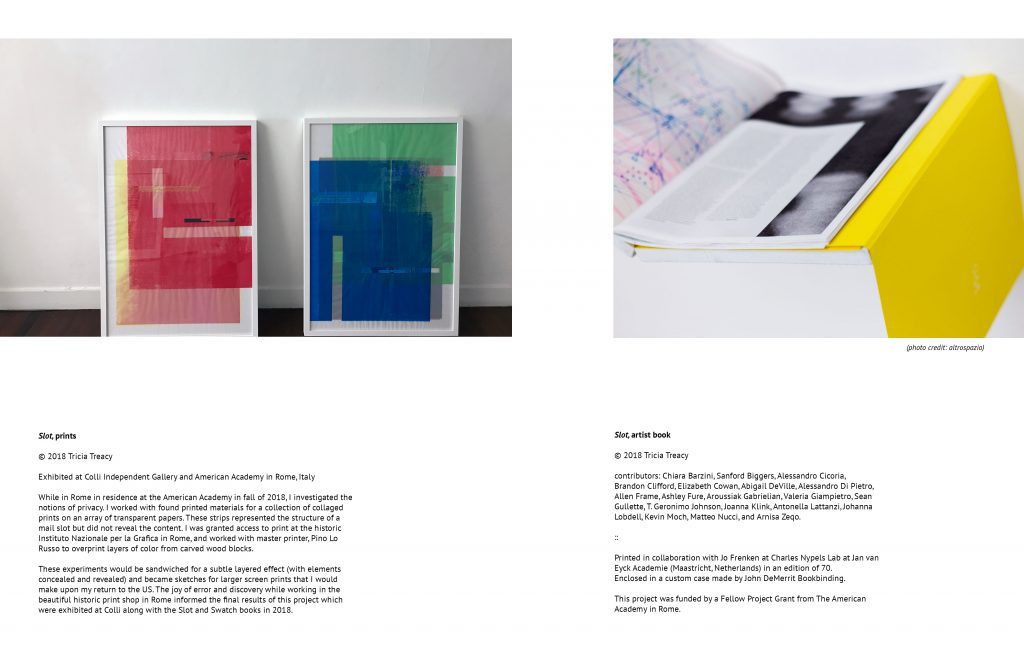 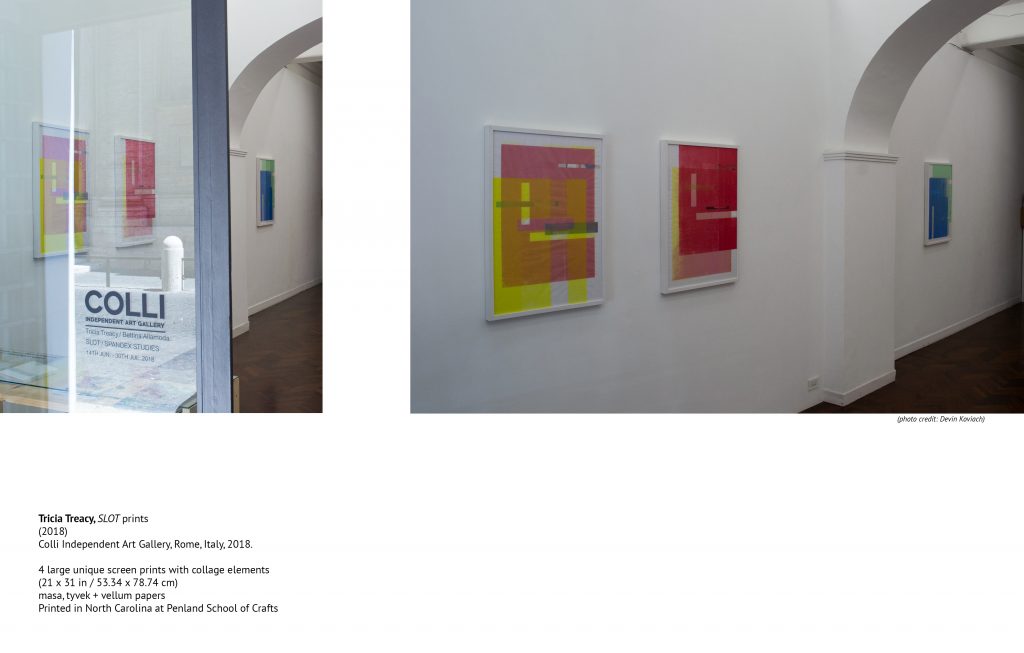 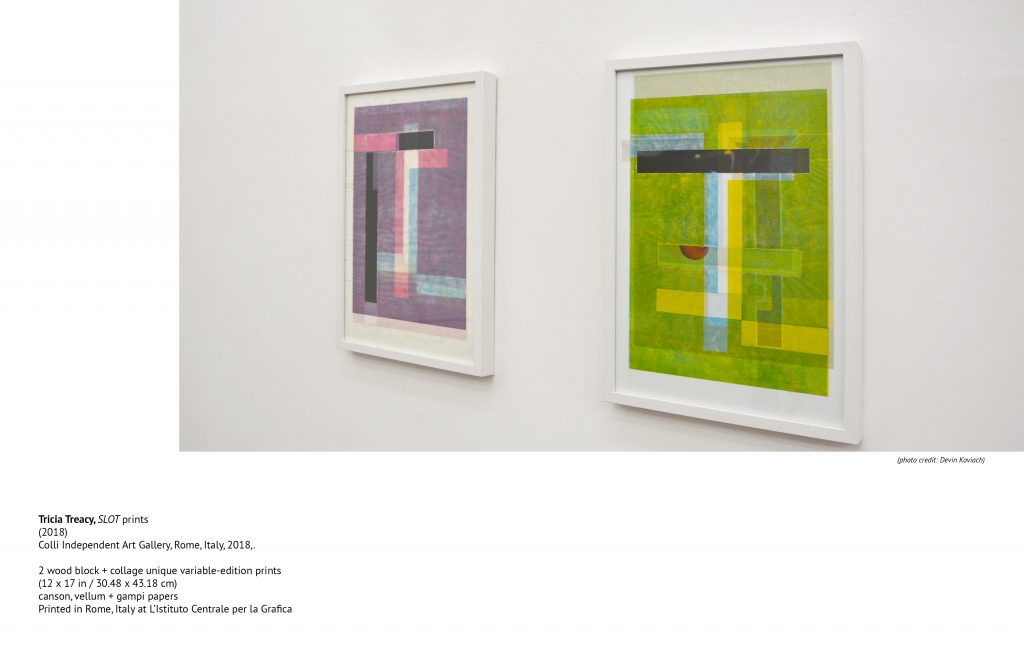 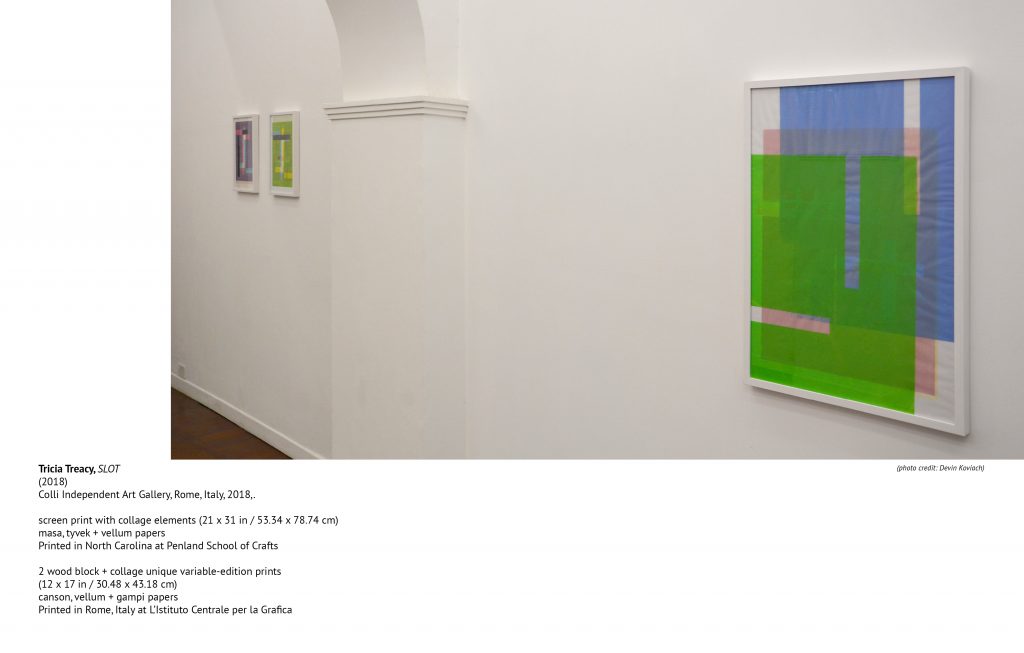 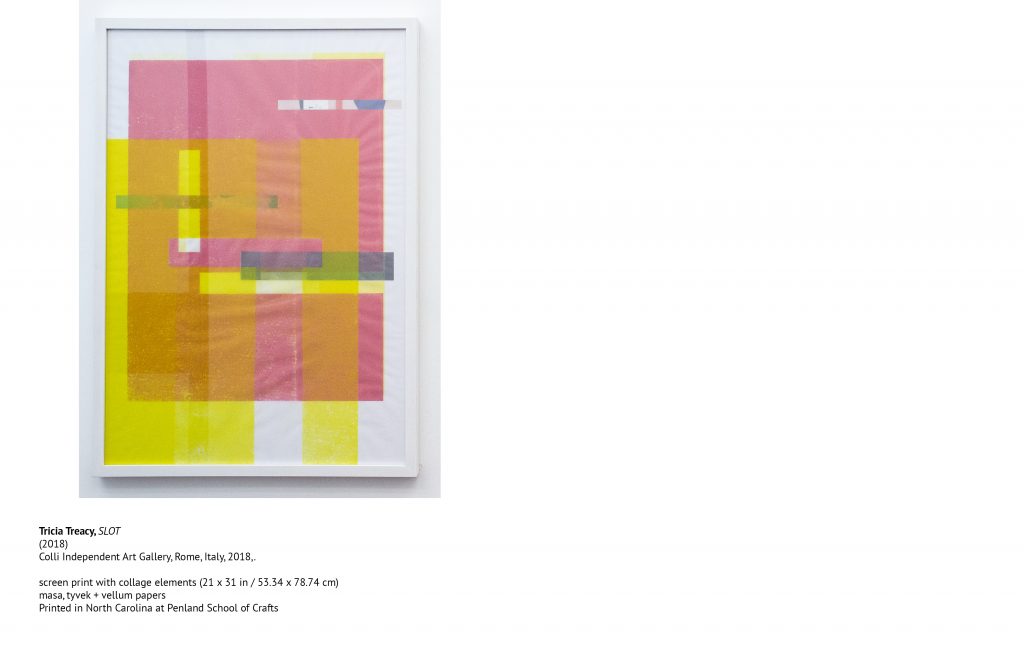 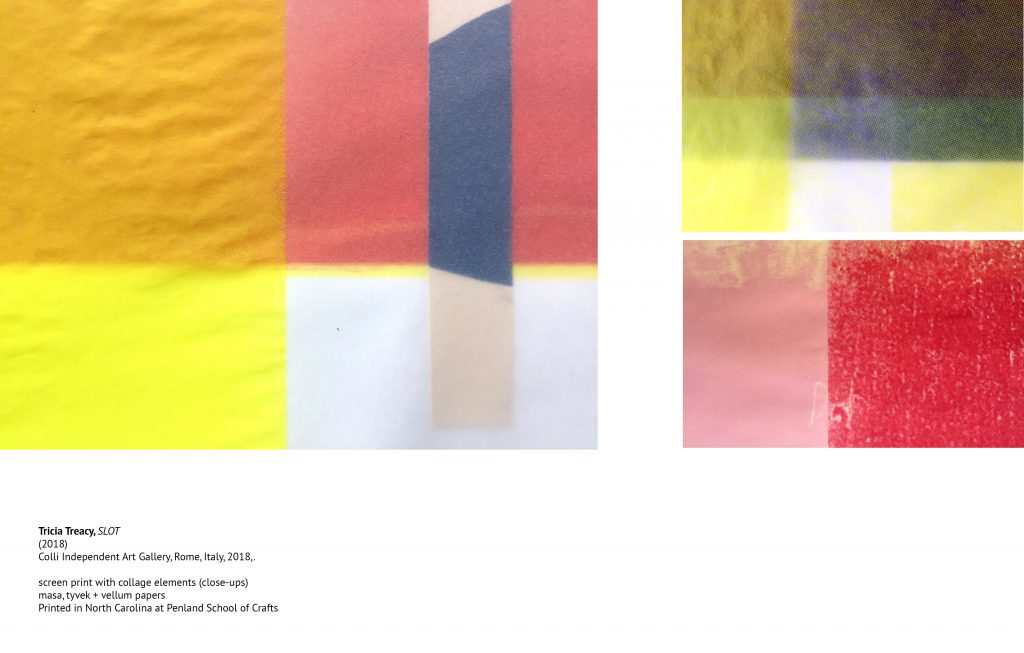 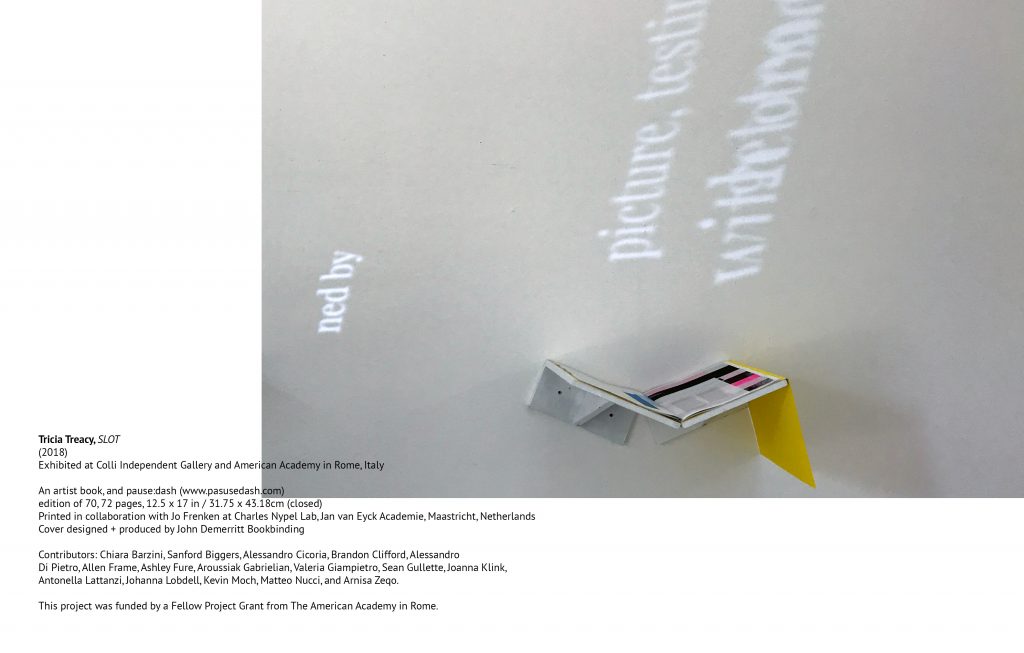 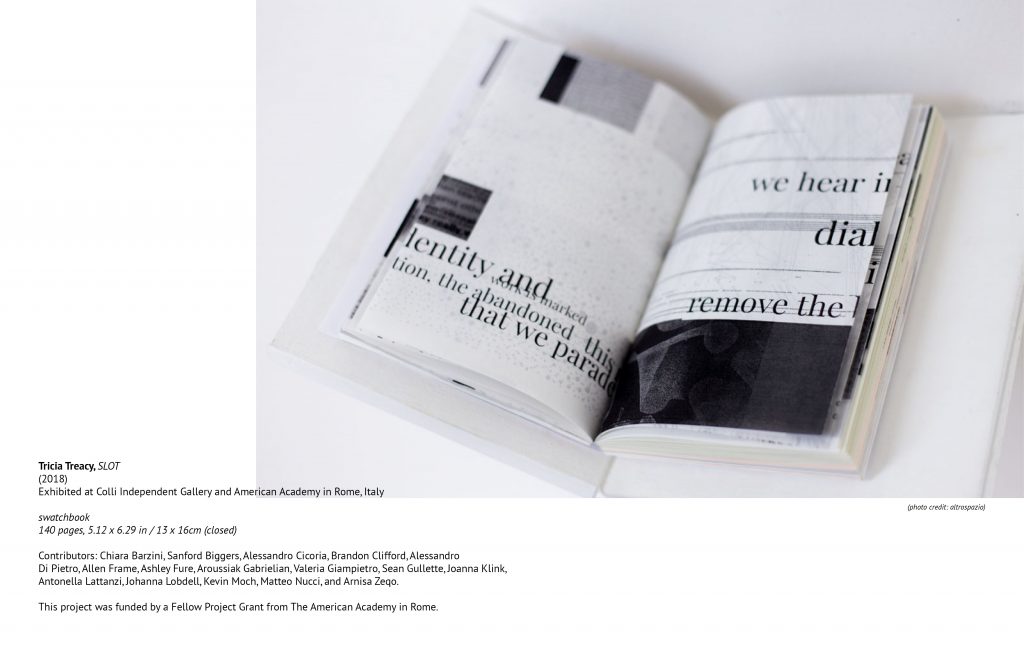 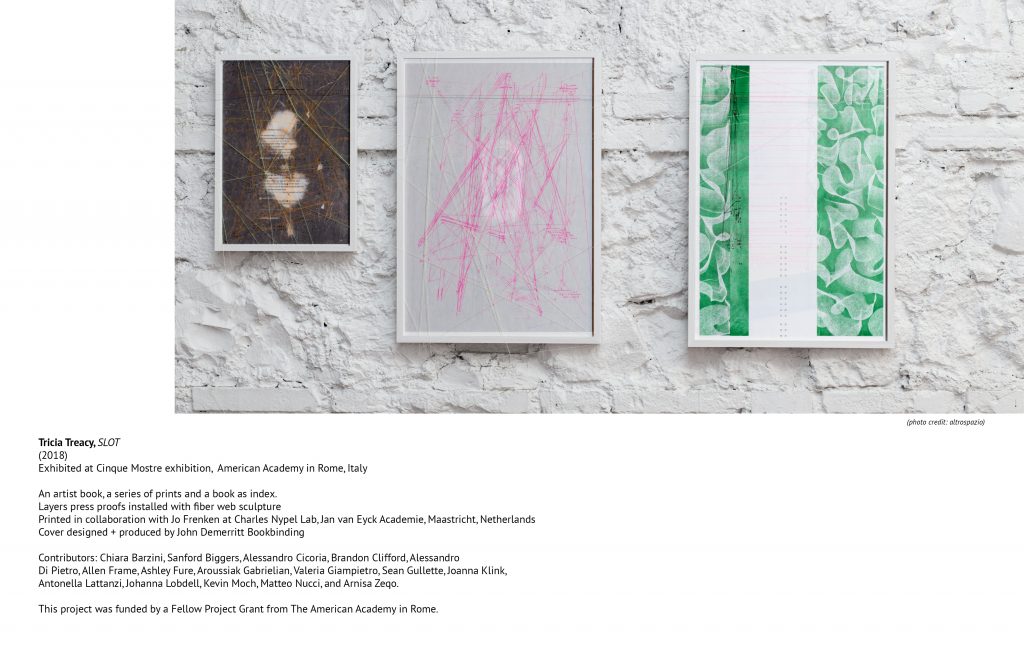 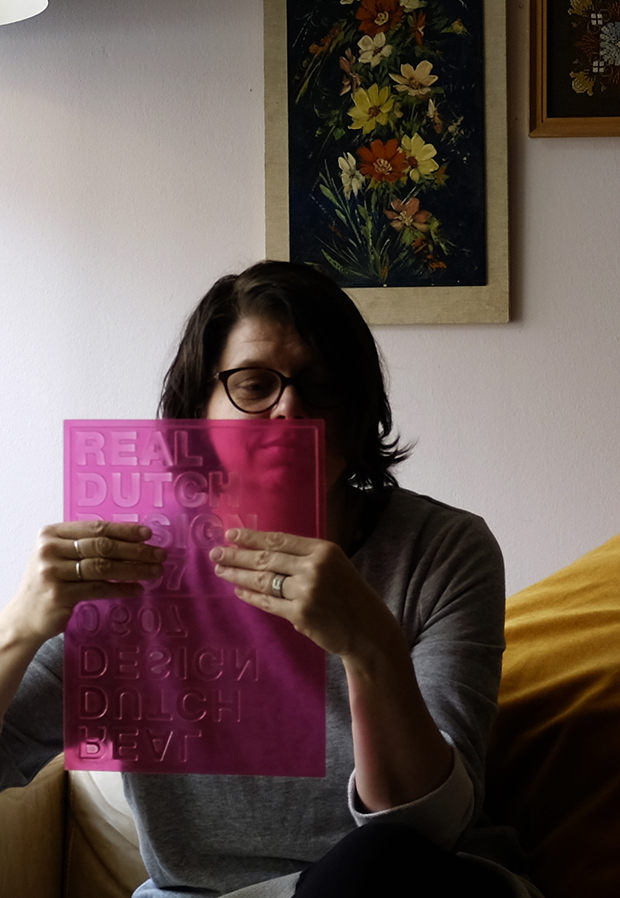