‘In 2084, the imaginary country Contradictoria has solved its pollution problem with Plan Polluta. Under this plan, air pollution is condensed into building bricks, which are used to build arcologies called “Polluta”, floating green vibrant live/work colonies for artists! Artists can live, work and show for free, forever! It sounds too good to be true. It is.’

Loosely based on modern Chinese propaganda posters, these works are a mesh of the childlike, the political, and the vernacular. Each work is based on a child’s drawing: the artist visited schools to share the imaginary world of Polluta and invite children to design the community. Imagined by children uninhibited by social norms, Polluta is fluid and ever shape-shifting. The sky is not the limit. It is the beginning. The ultimate goal of 99 unique woodblock prints will present infinite (the number nine also denotes infinity in Chinese culture) facets of Polluta, dazzling and ever-changing.

Allude to the New Woodcut Movement. In the 1930-40s, the father of the movement Lu Xun advocated the use of woodblock prints to expose the social ills of China and to fight for equality for the poor. Think of the use of the European printing ink when China was not accessible to the rest of the world and vice versa.

There are five imaginary countries in total: Contradictoria, the Aristocratic Union, Dreamland, Northlandia and the Republic of Strata. These five micro-narratives will eventually weave together a grand narrative of the year 2084, portraying the artist’s imagined futuristic geopolitical world in the Anthropocene. 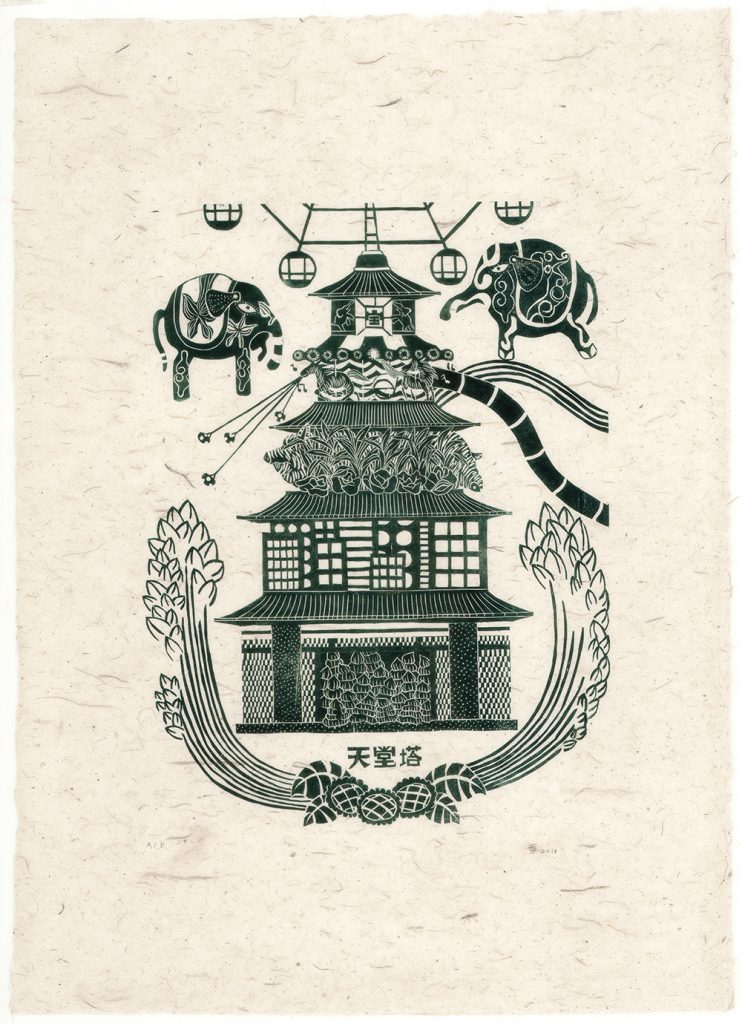 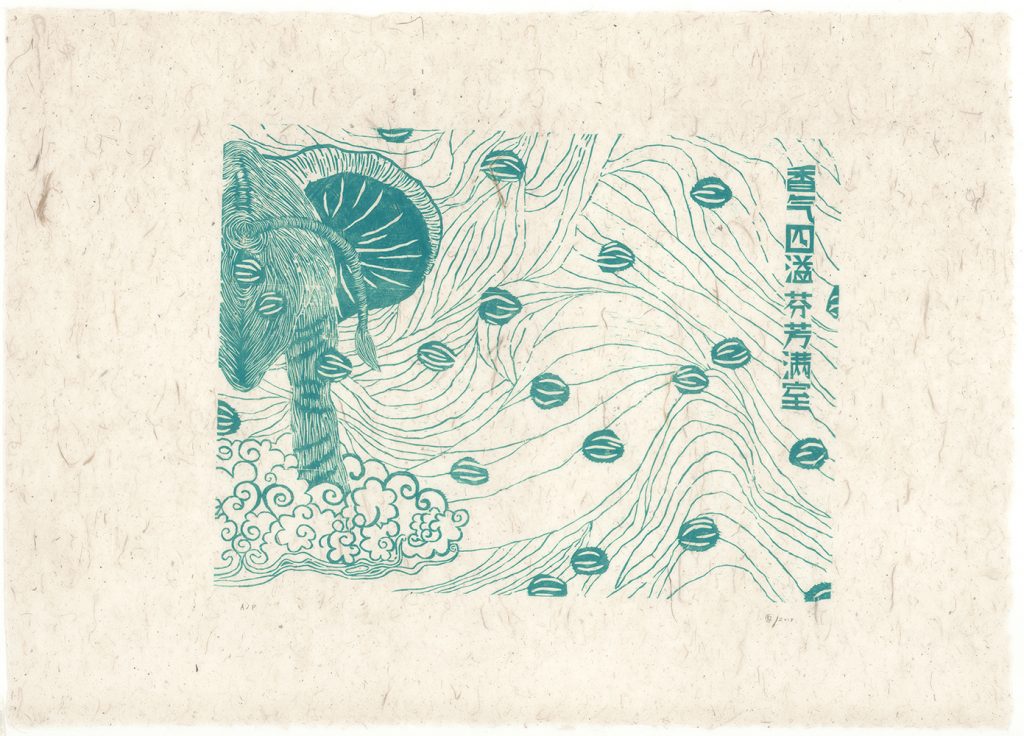 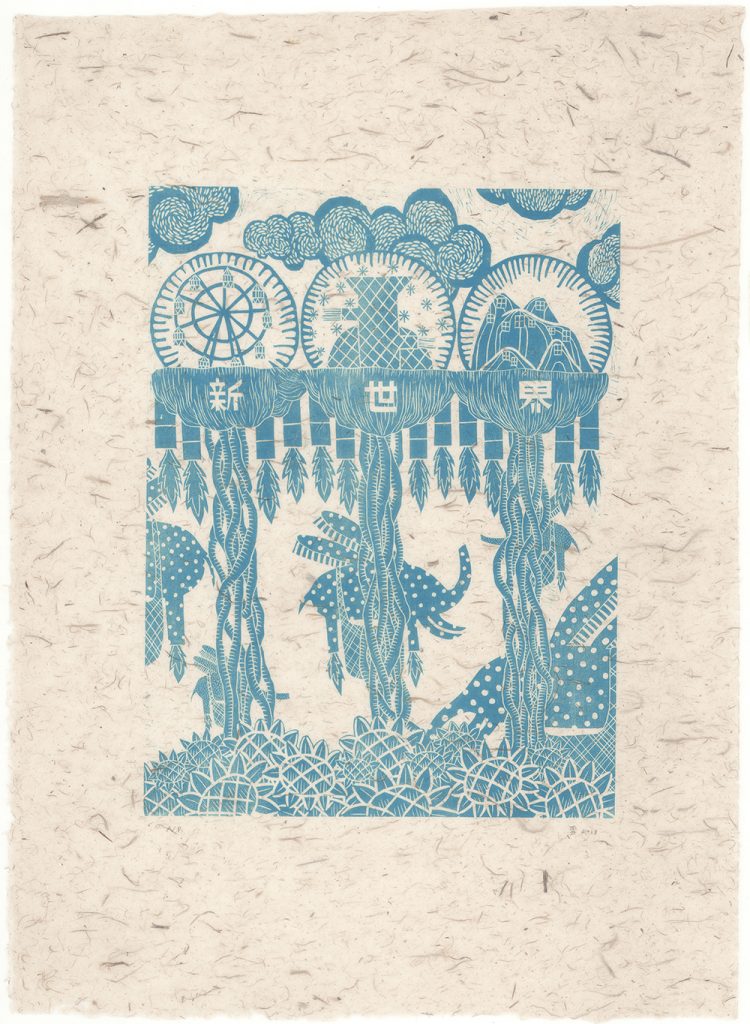 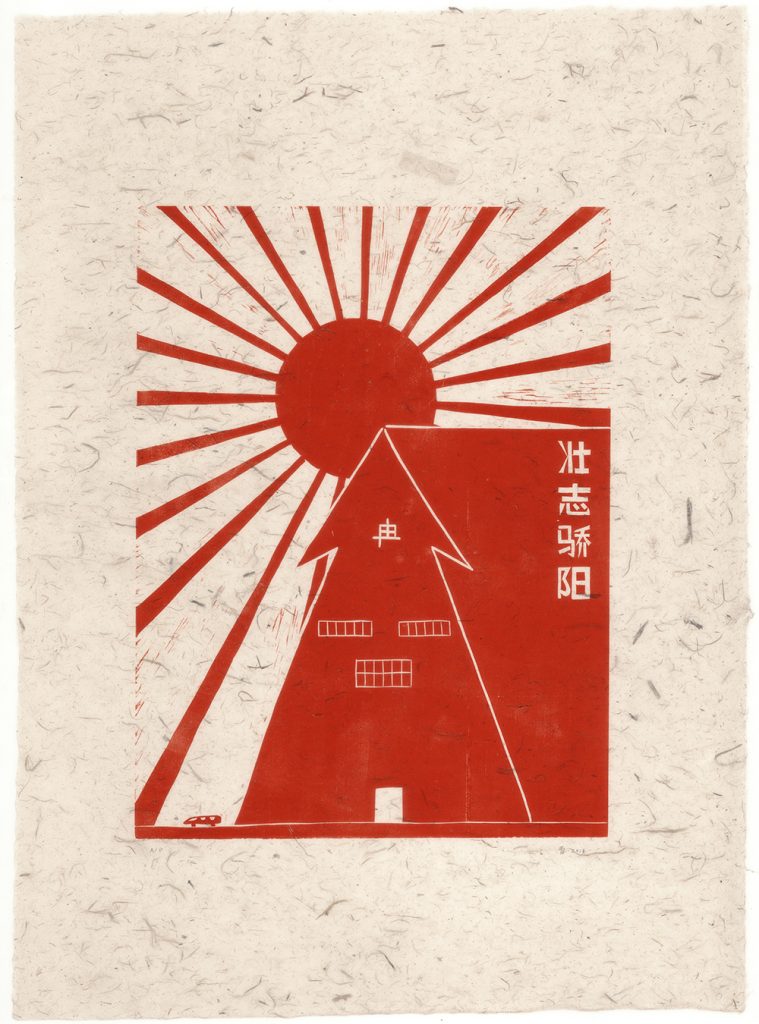 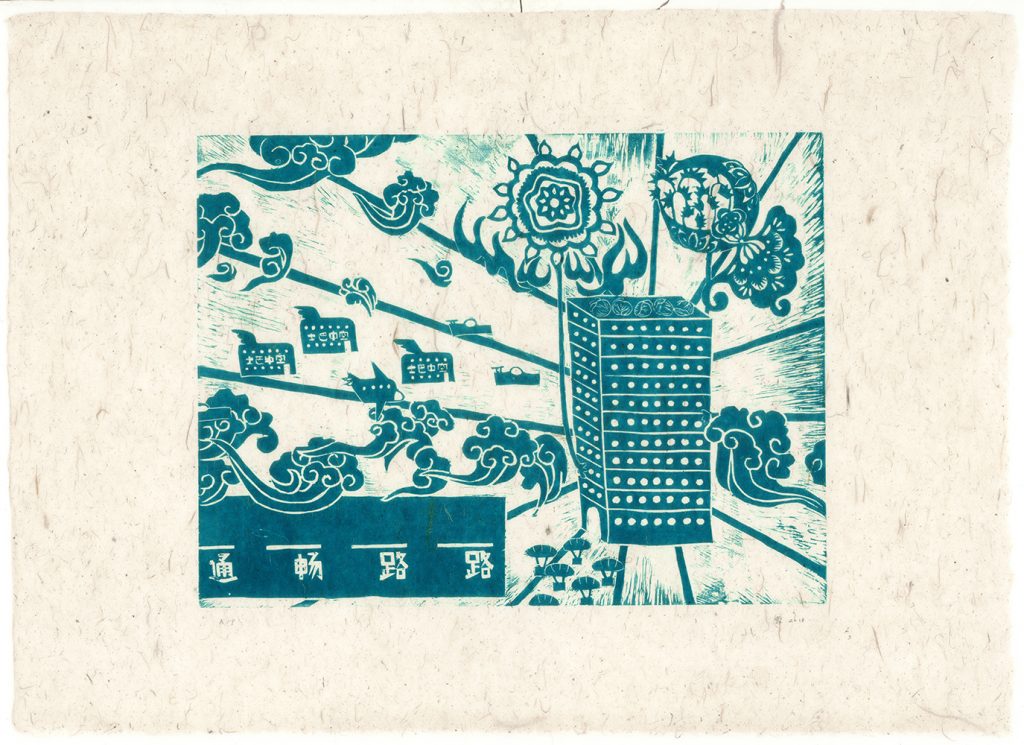 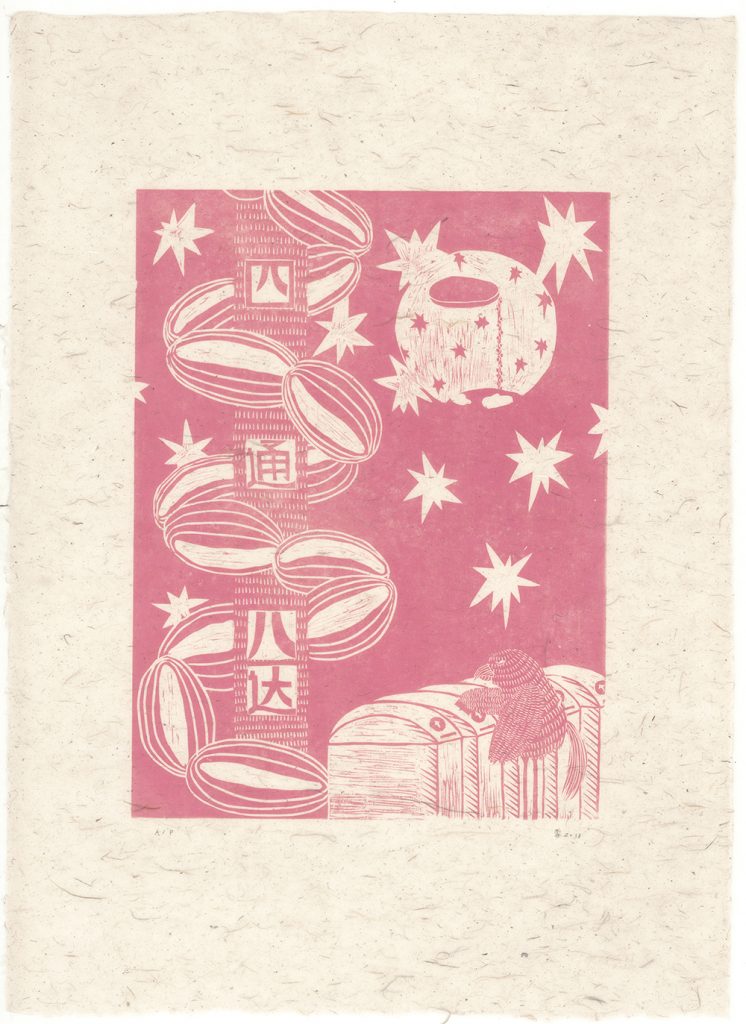 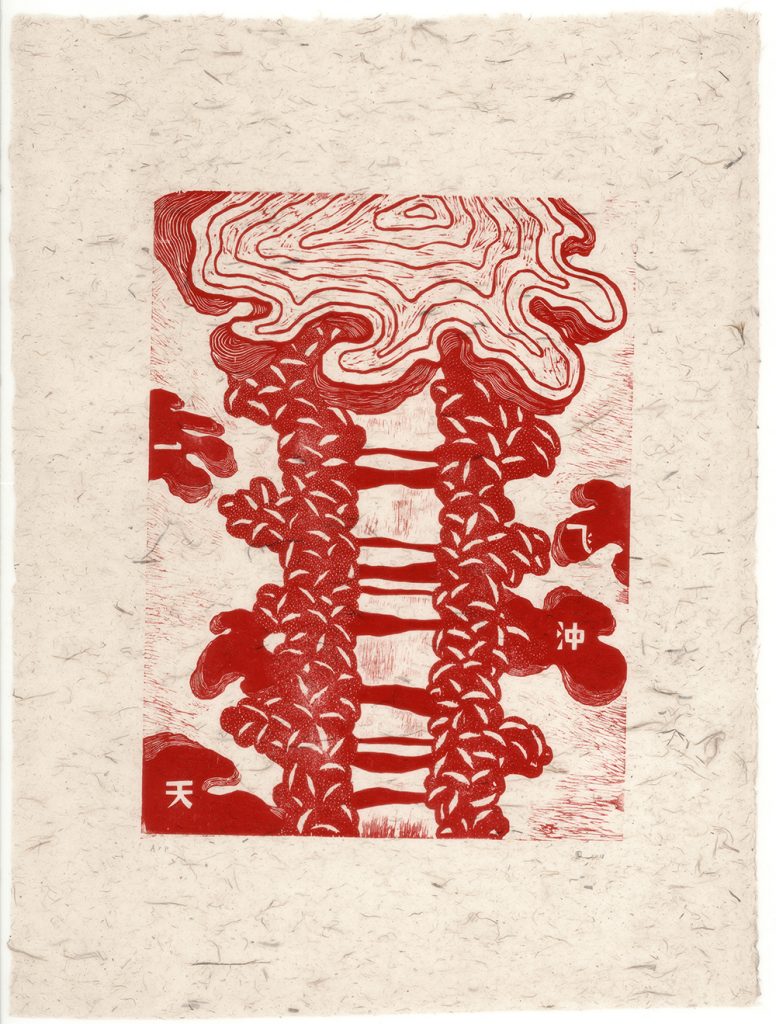 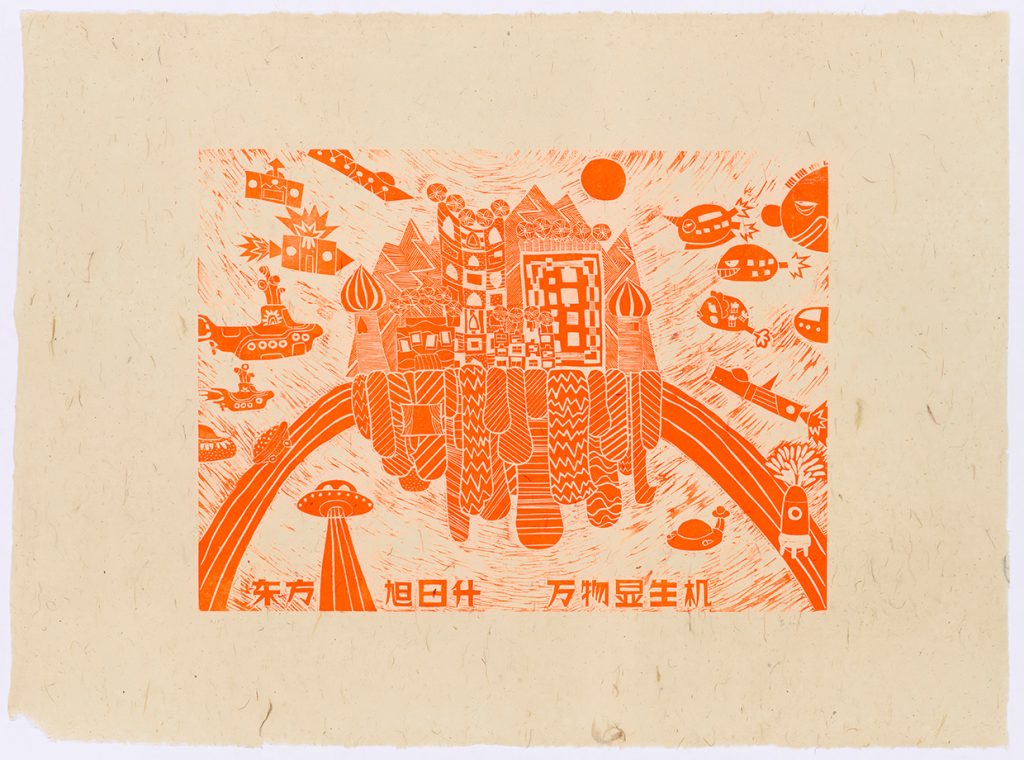 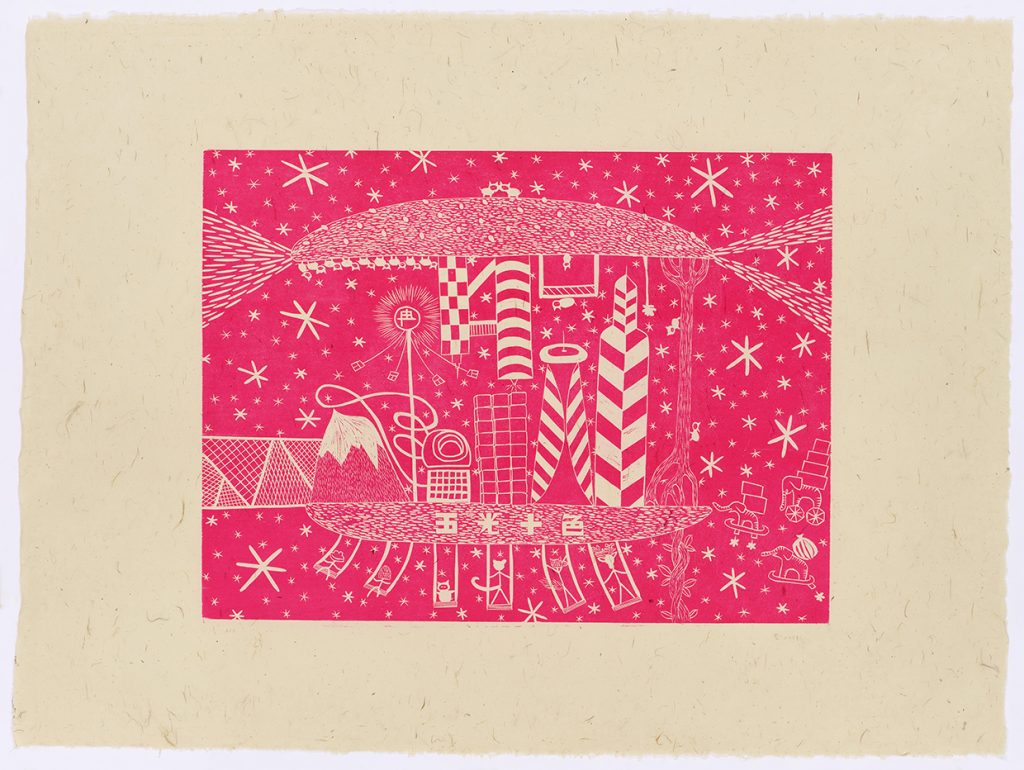 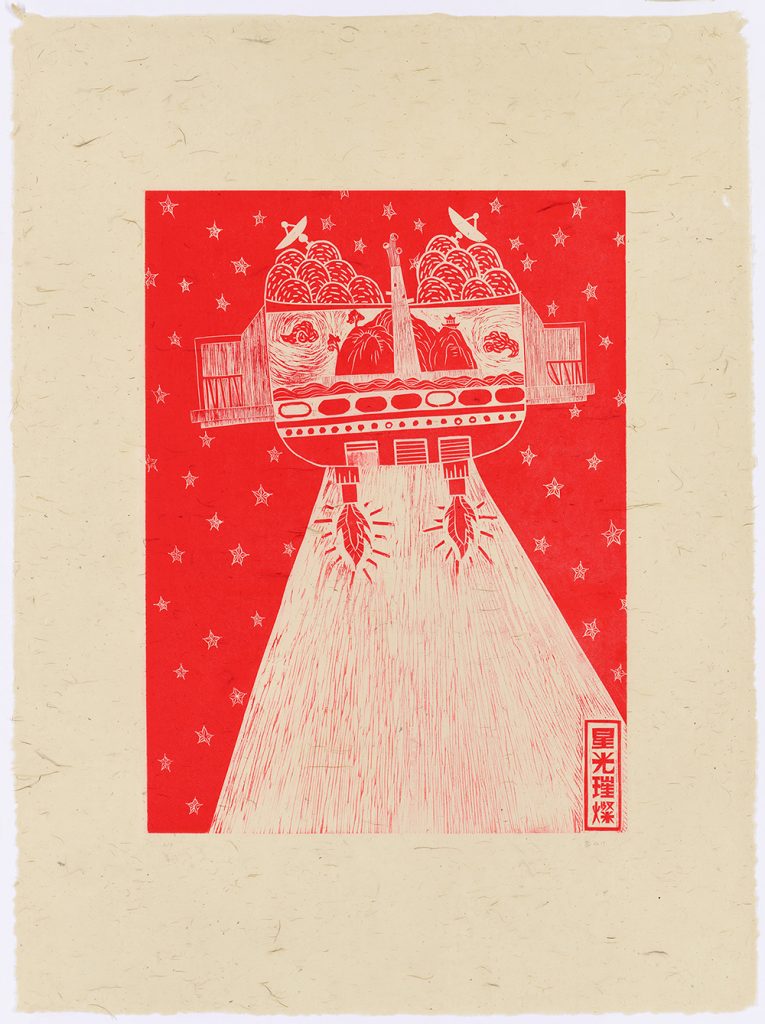 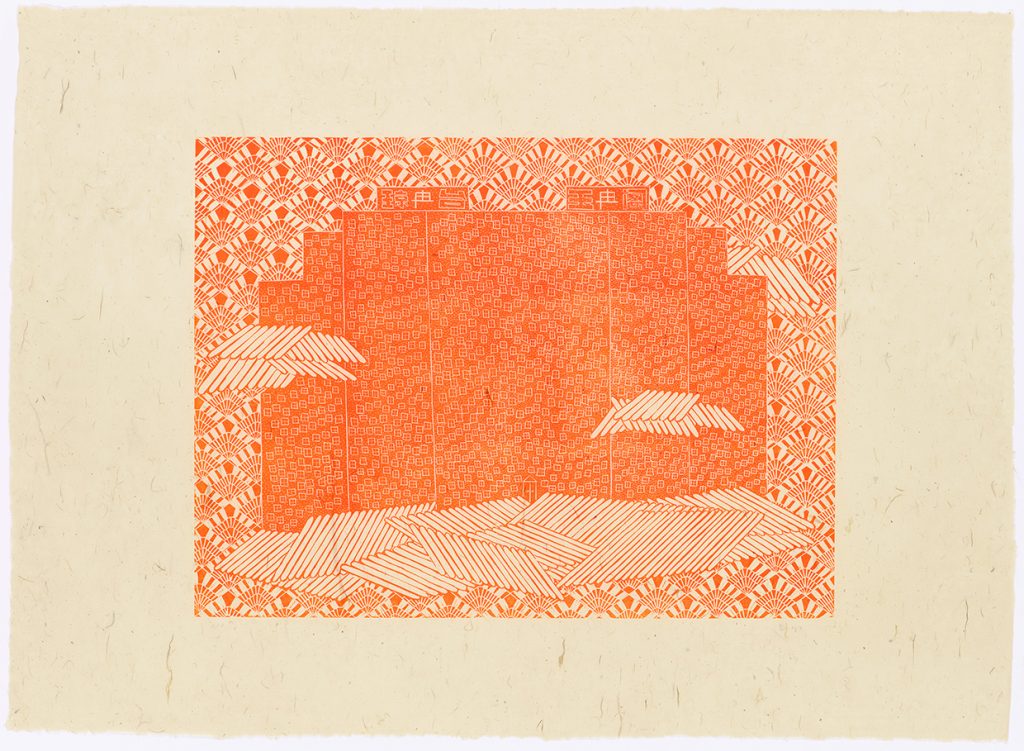 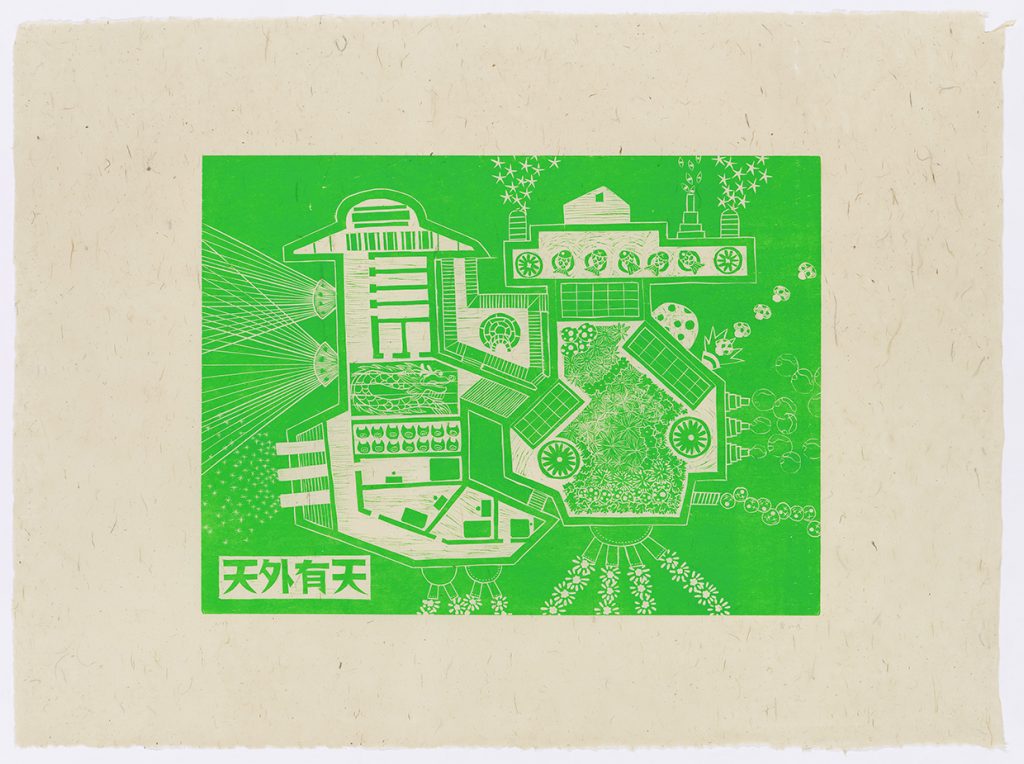 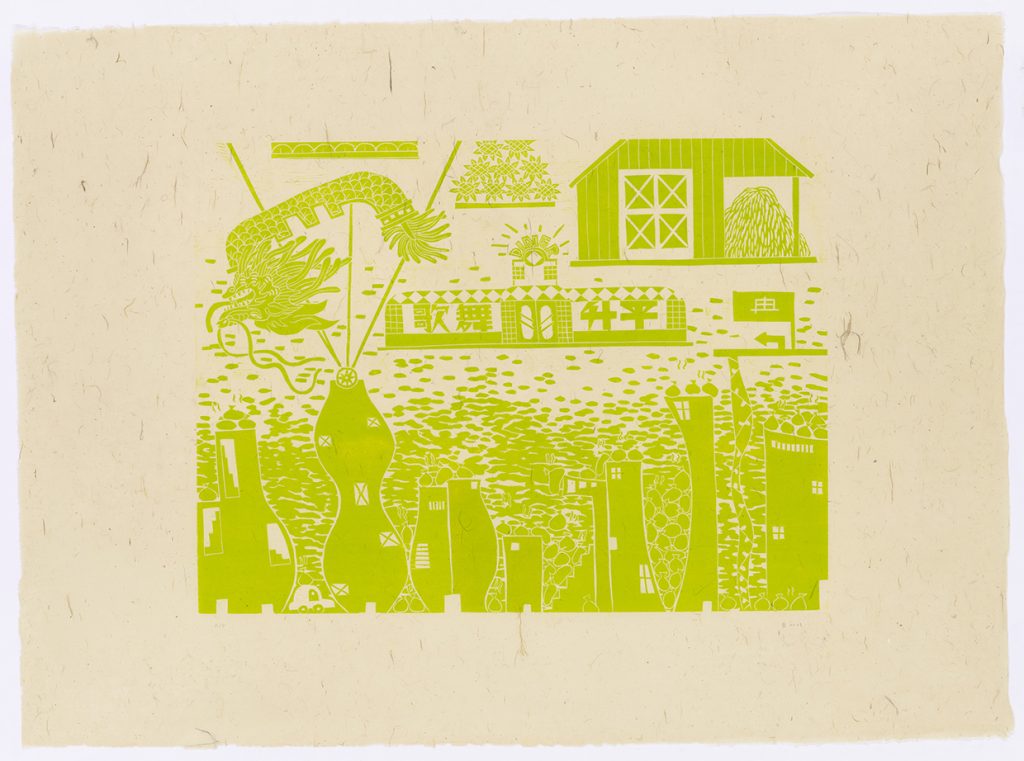 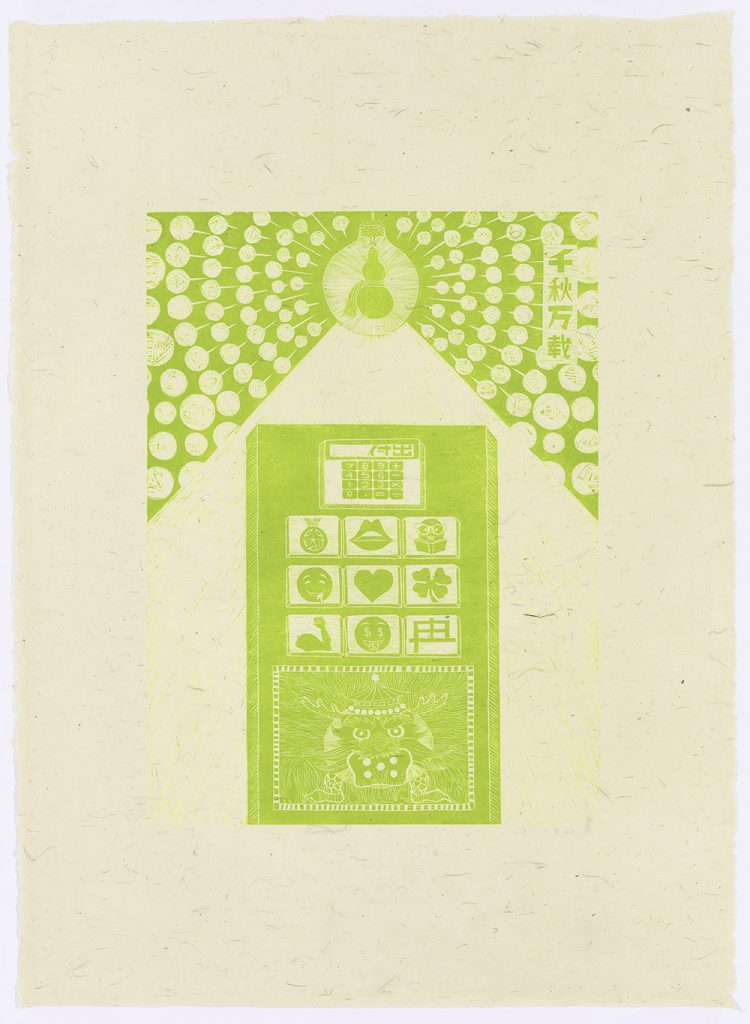 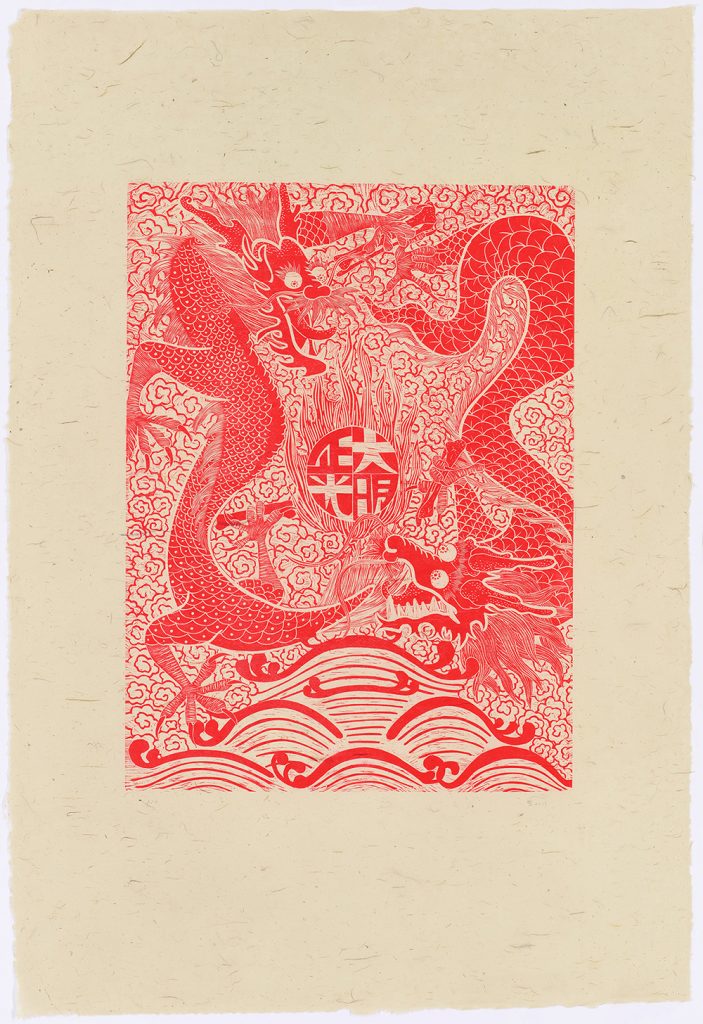 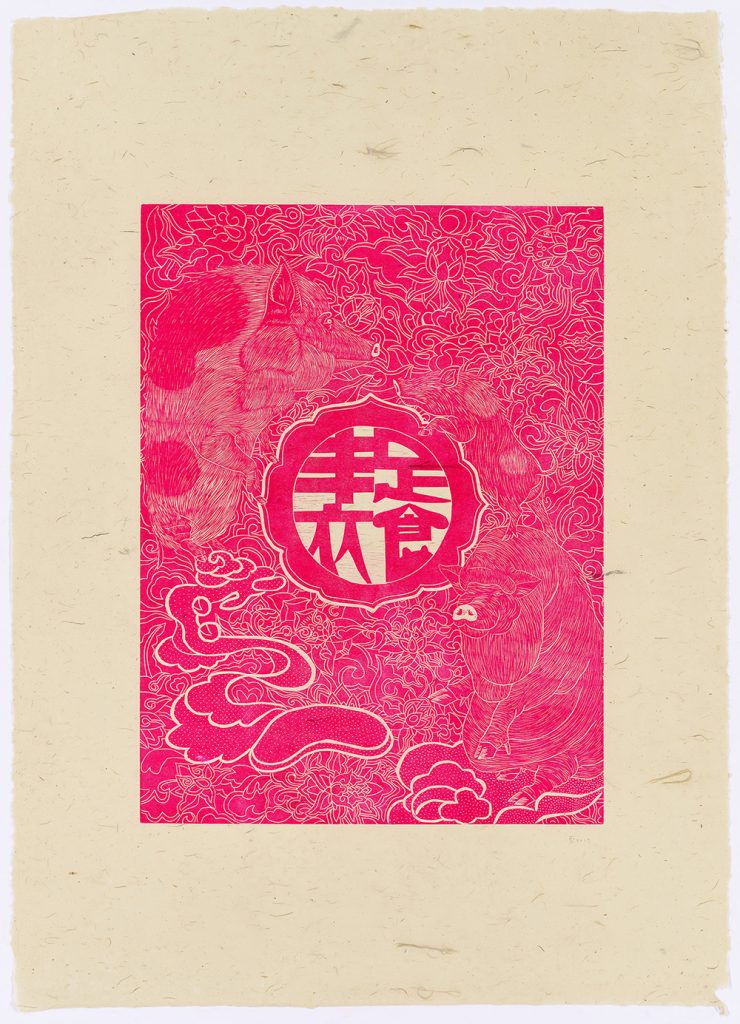 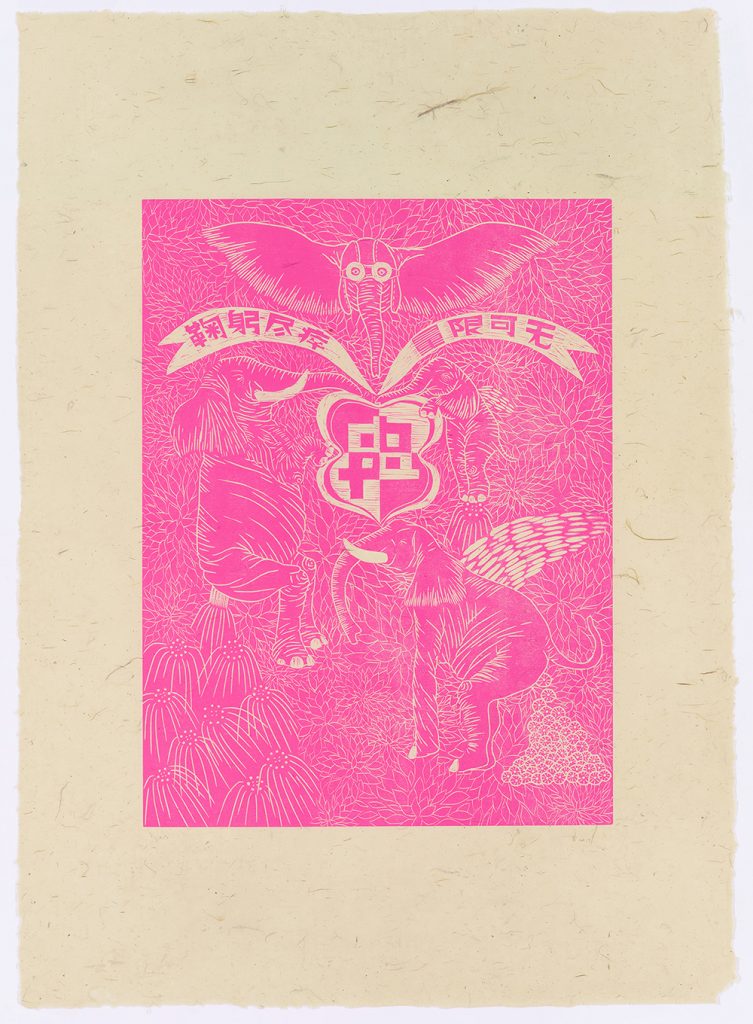 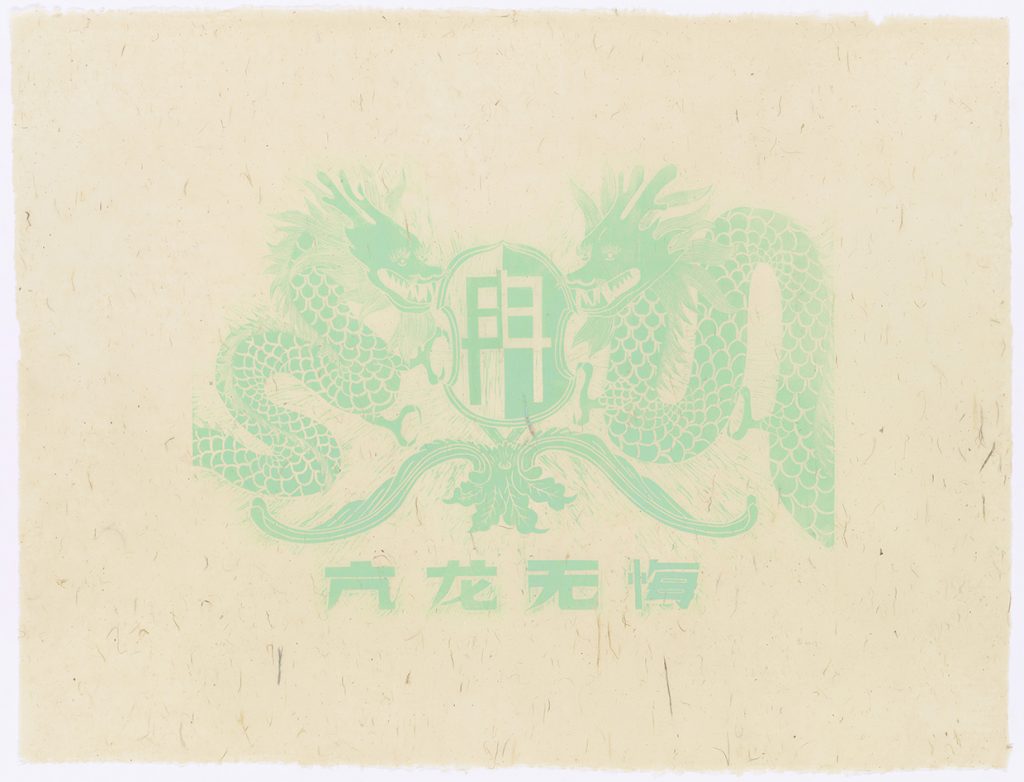 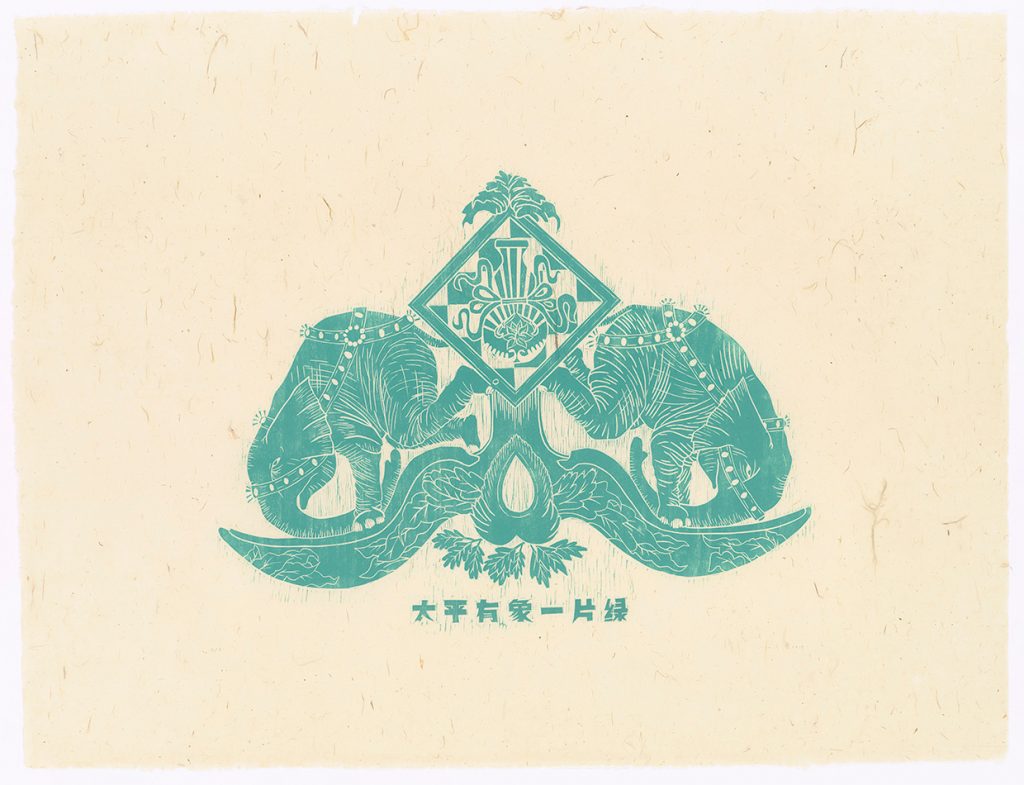 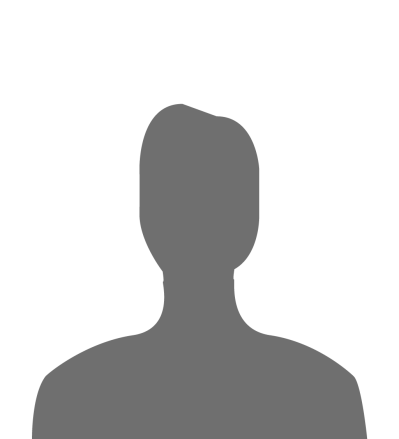