The prints in this portfolio are all made for an exhibition in September 2020 at the galleries of Eton College (historic boys boarding college in Windsor UK) which brought together a group of images reflecting nuanced female folkloric characters, as well as ideas of sanctuary and threat.

My artist’s research included reading around female archetypes from folklore and myth such as Baba Yaga the witch, who often features in Slavic folk tales. Baba Yaga lives in a house with chicken legs: Like so many literary ‘witches’ she is a highly nuanced character, she can appear at once cruel, but she can also be  benevolent, logical and fair. This and various other visual metaphors – including a fragile, protective tent structure, and the magicians trick of the sawn in half woman – combine to reflect the increasingly fragmented way in which work and personal life is sub-divided to fit an often unrealistic ideal.

In the large collagraph ‘Folding Inside Out’, the tent/ house structure dominating the foreground is divided, split almost exactly down the middle of the image itself. A woman’s outline is both broken and breaking through the structure and cloudy sky overhead. Chicken fathers, divisions in the picture plane, fragile protective structures and the trappings of domesticity recur throughout this body of work. It felt important to me to make something overtly, but not traditionally feminine to show in this male-dominated space. 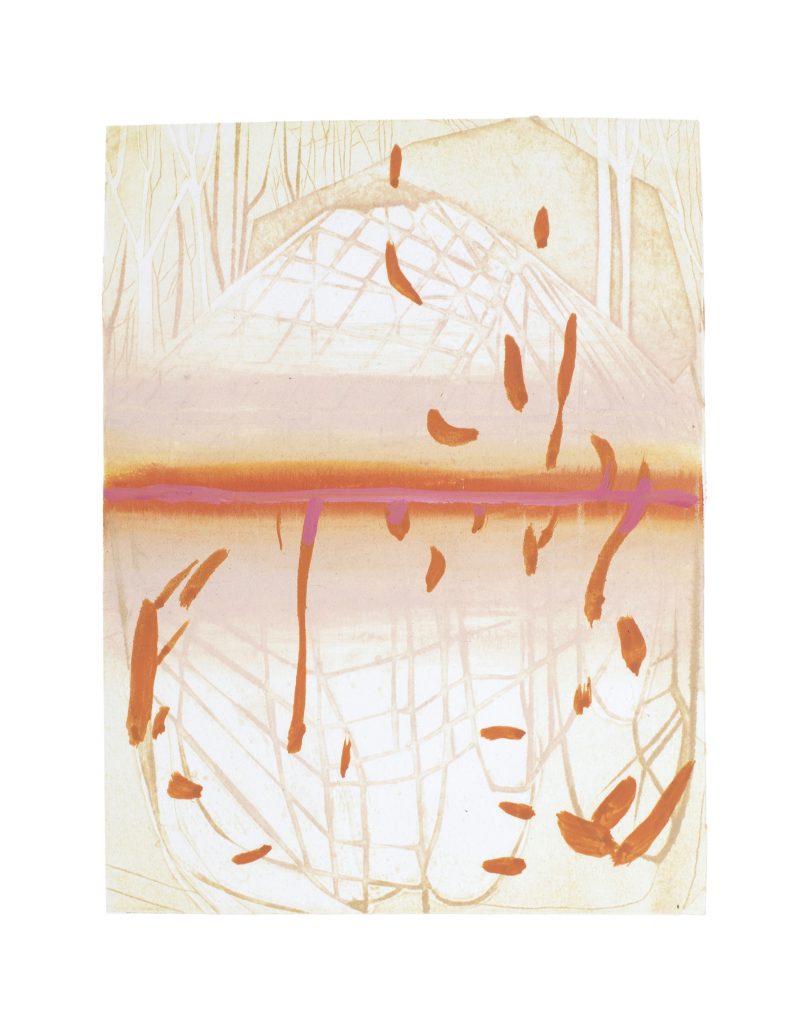 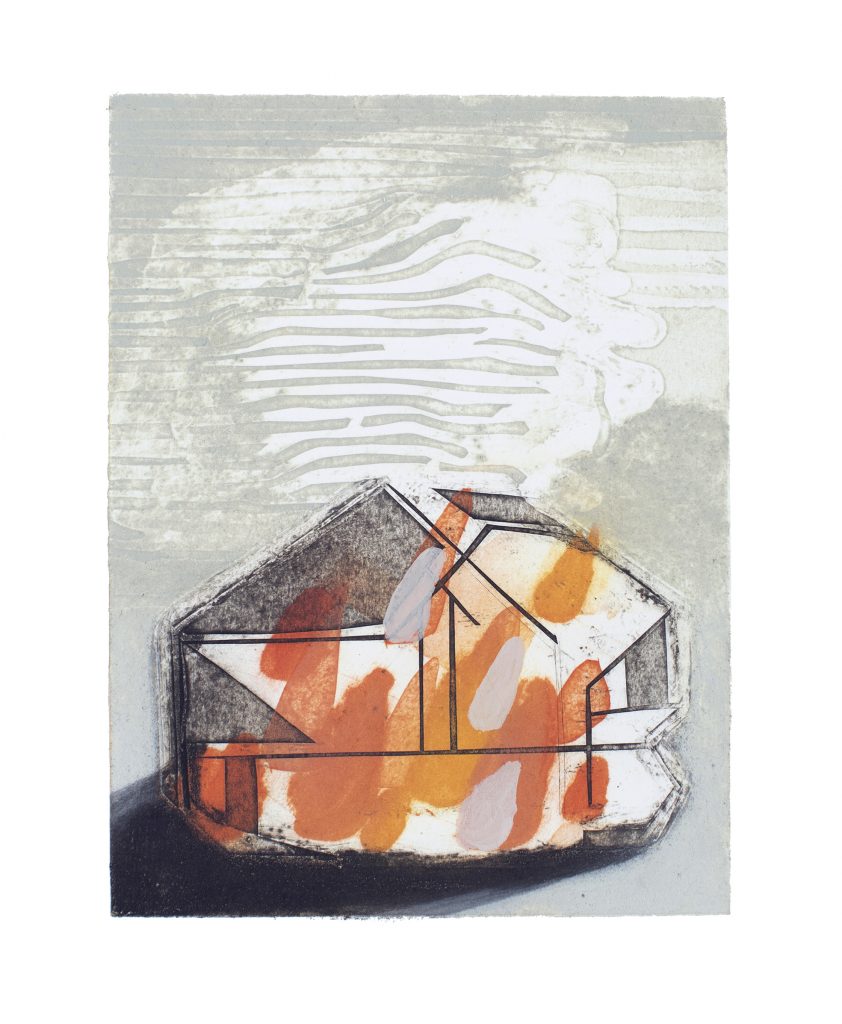 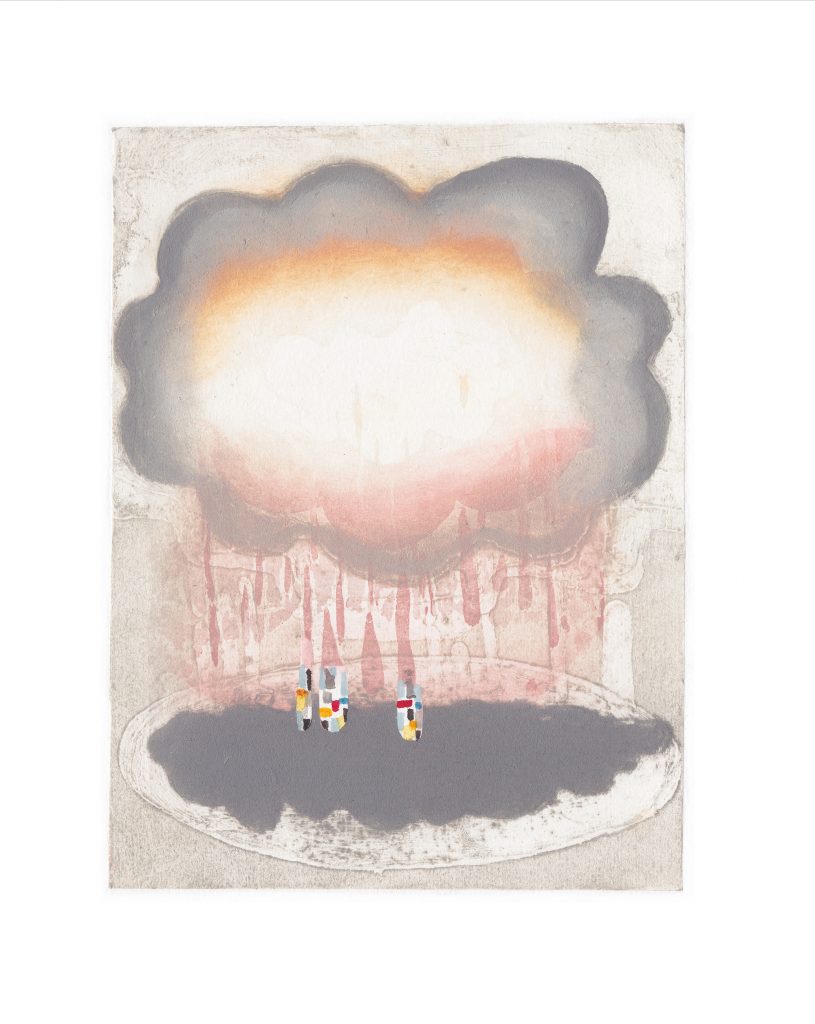 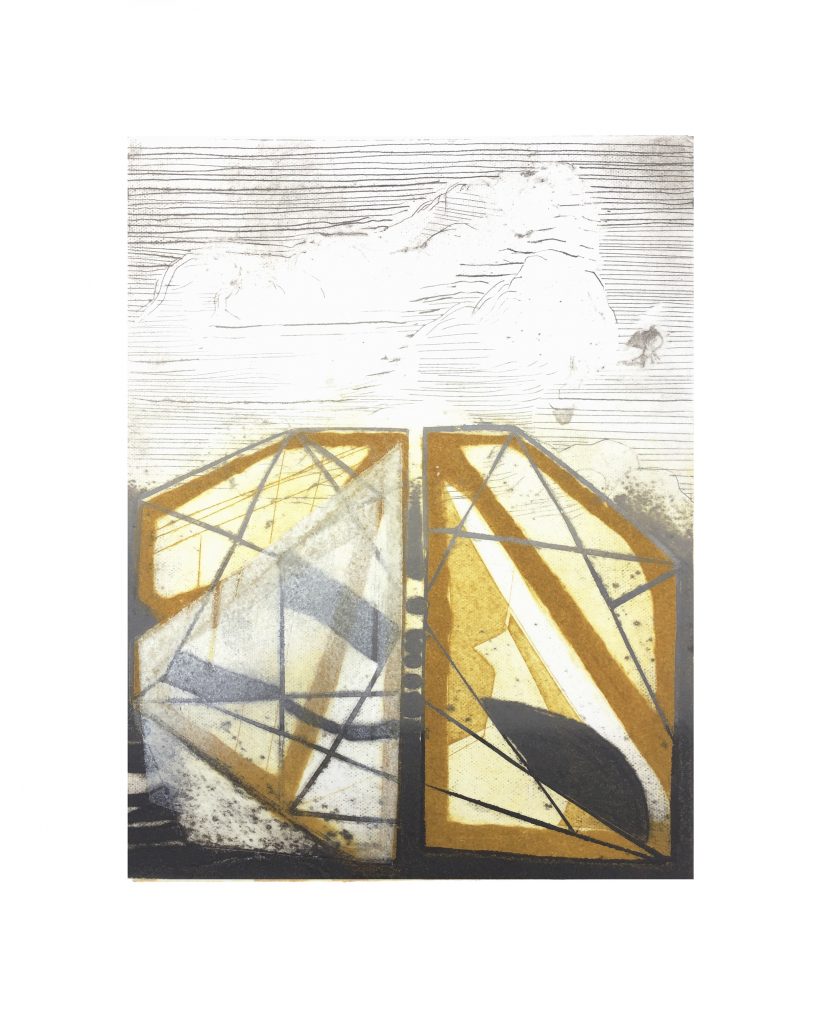 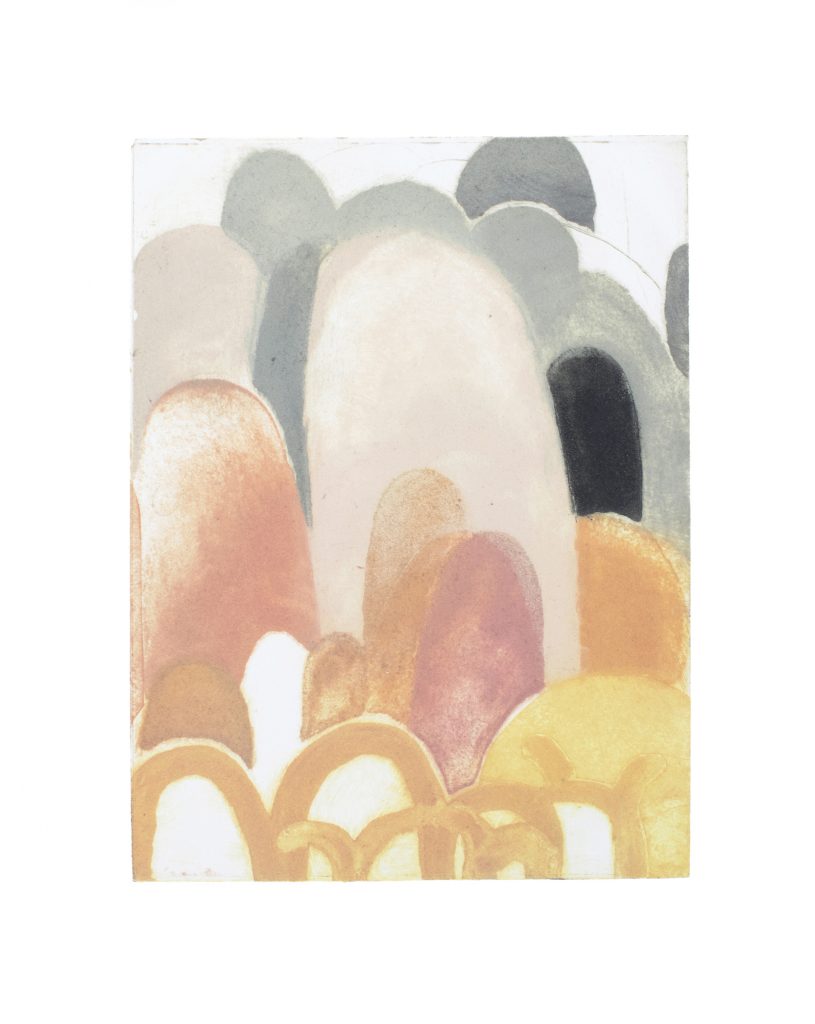 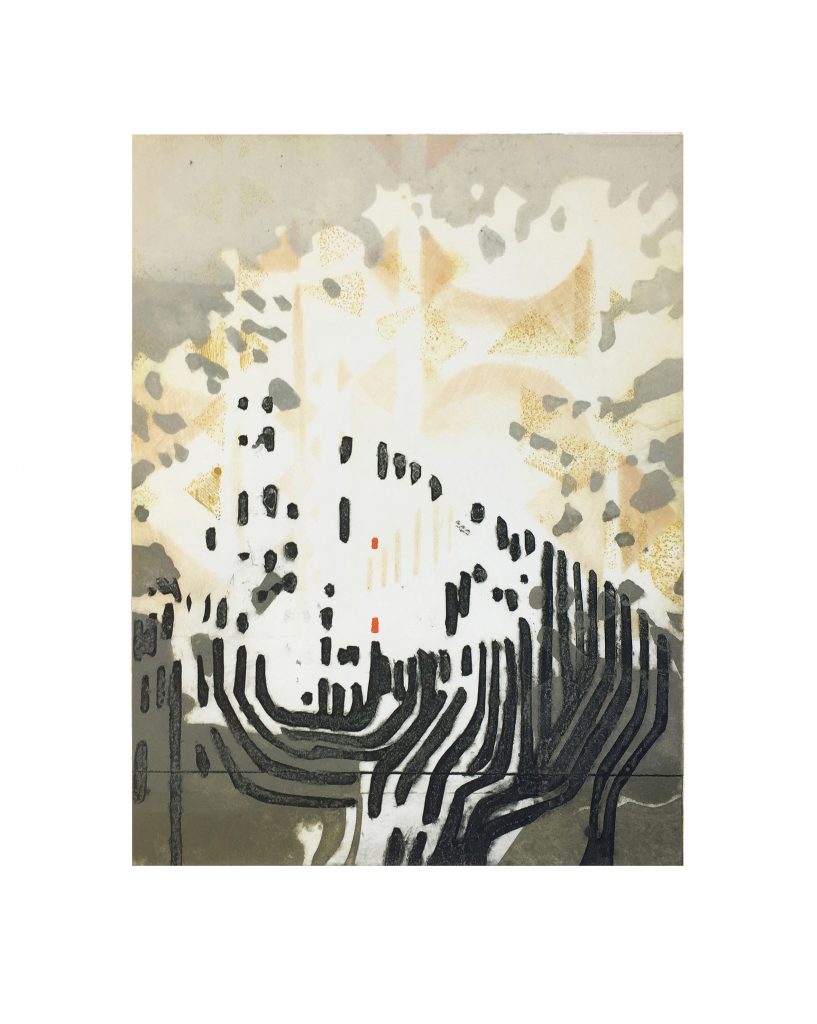 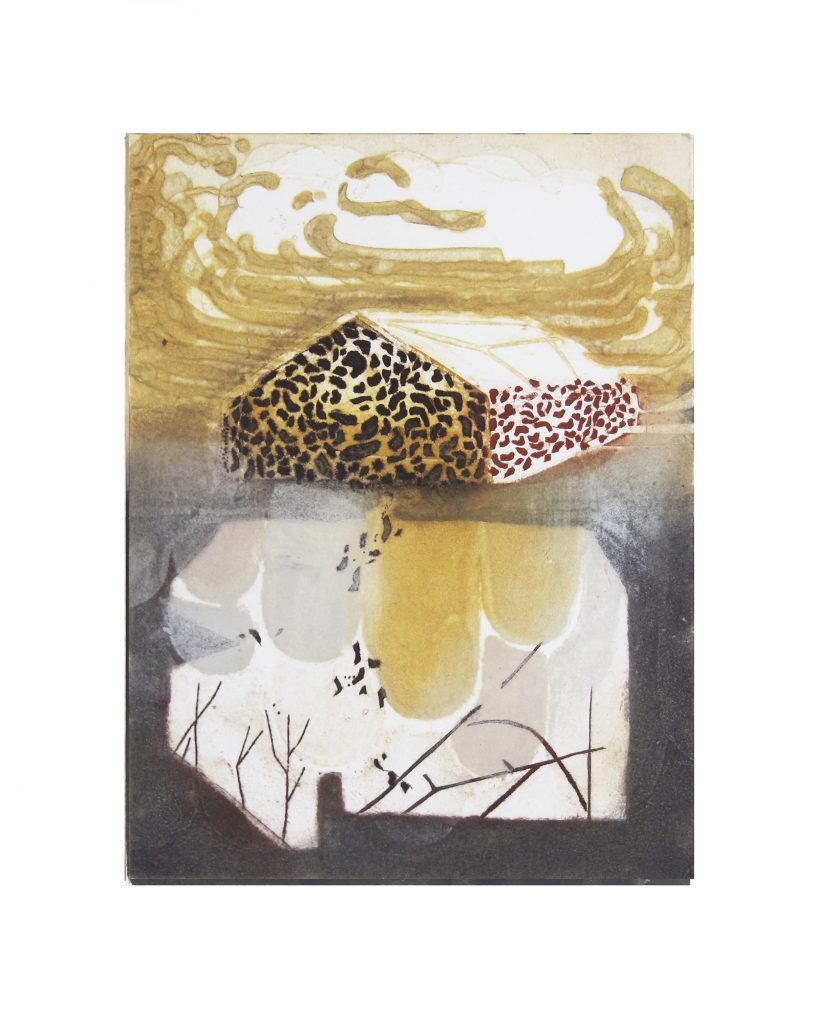 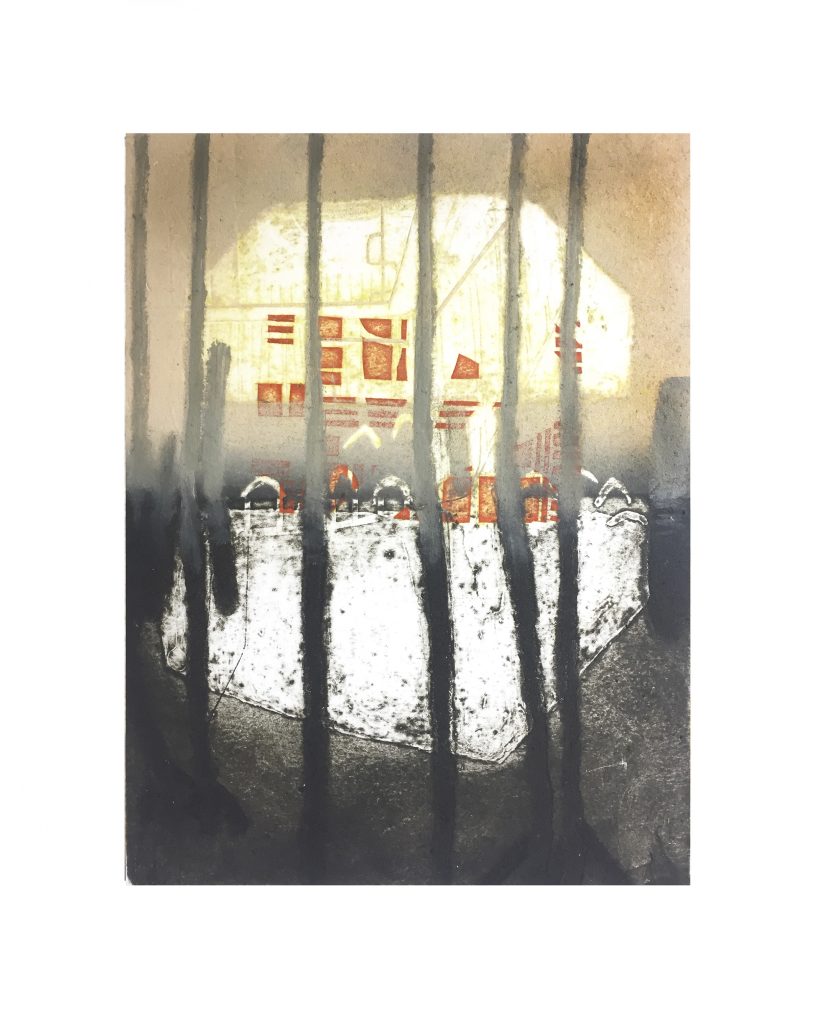 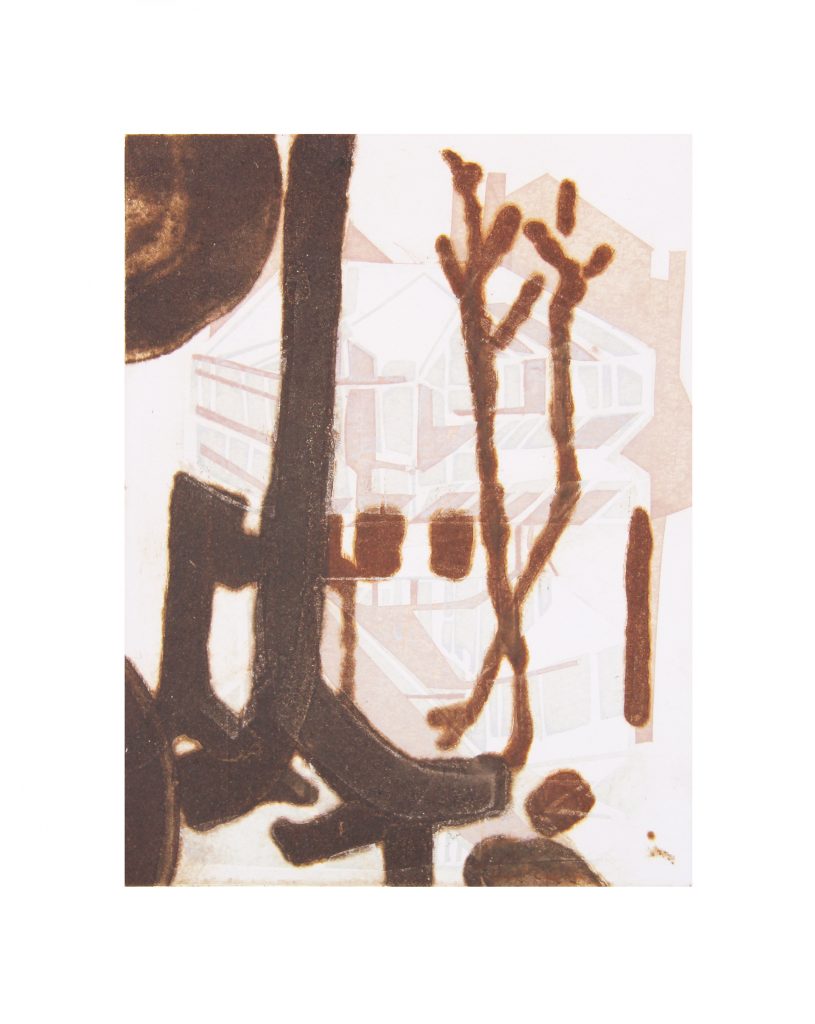 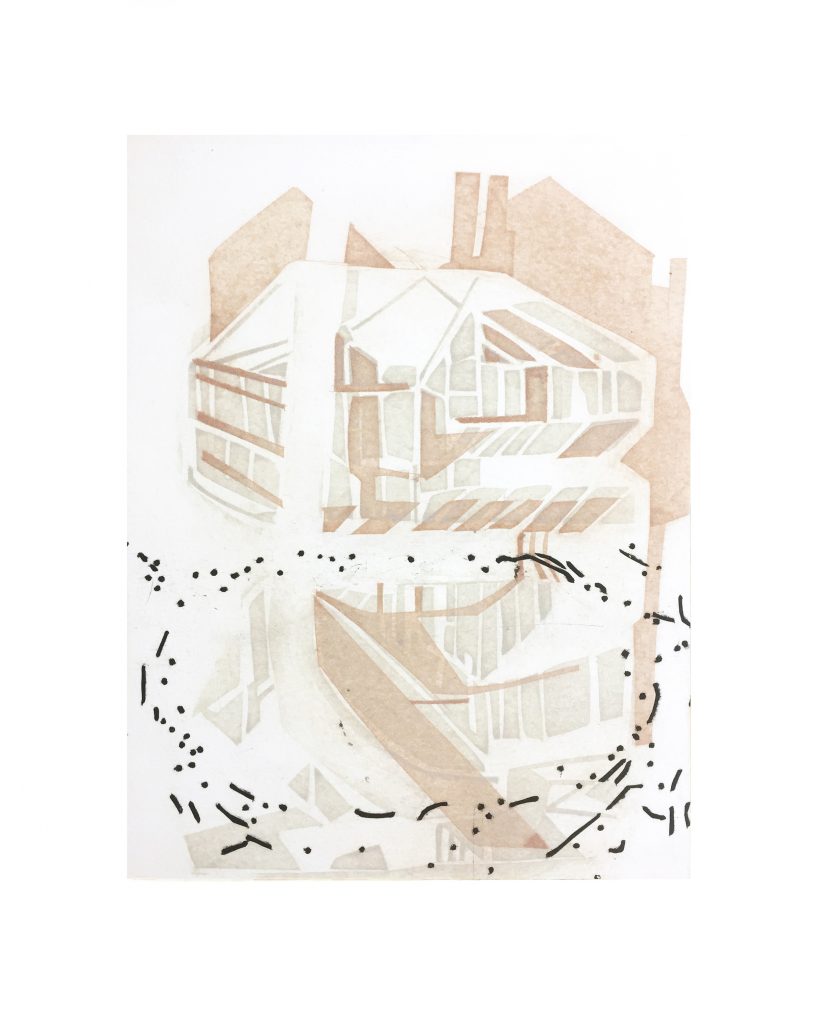 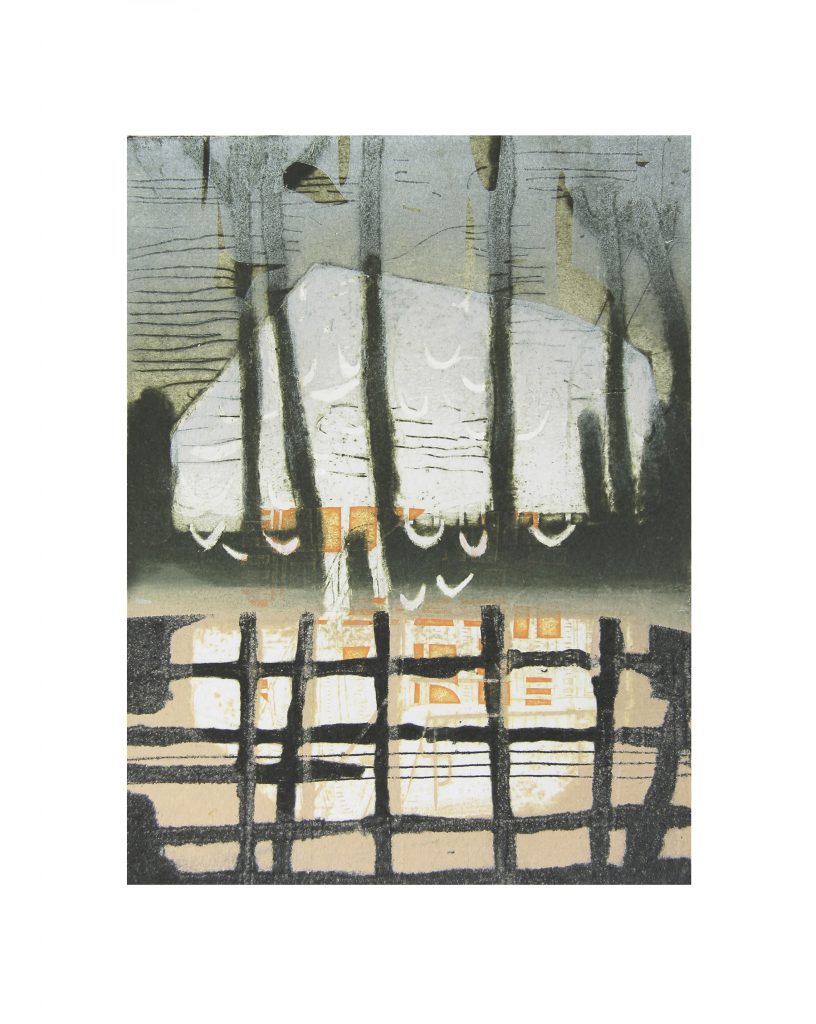 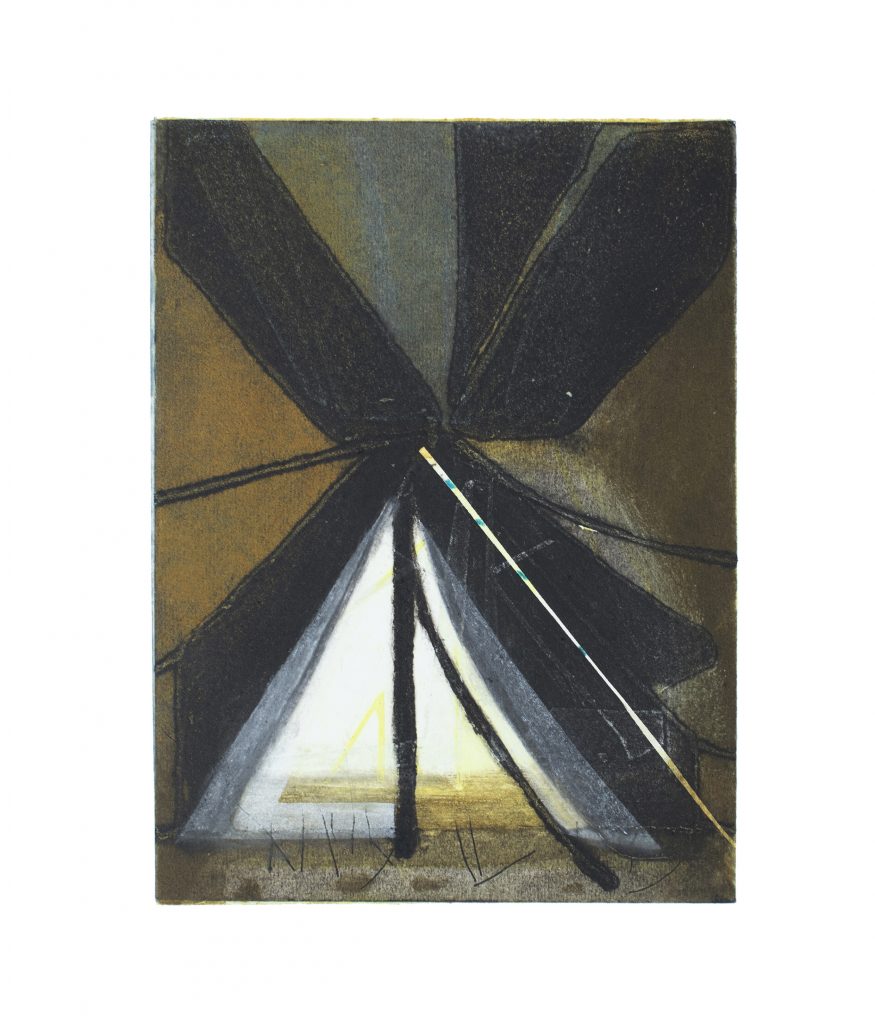 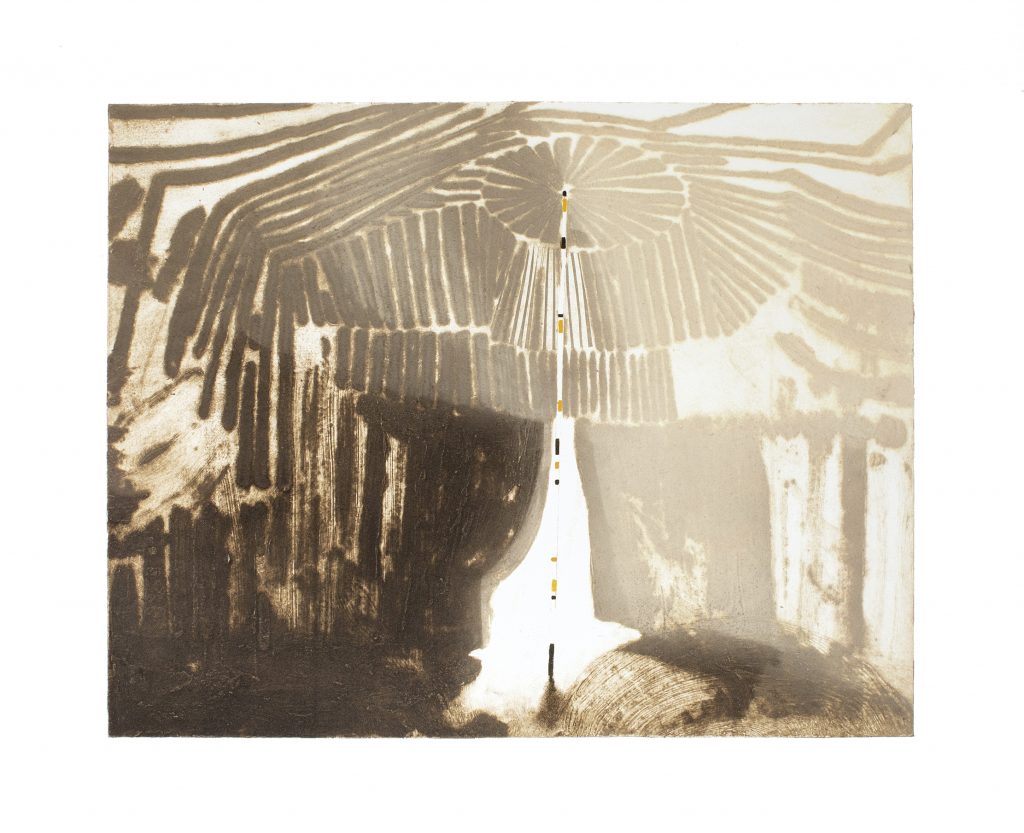 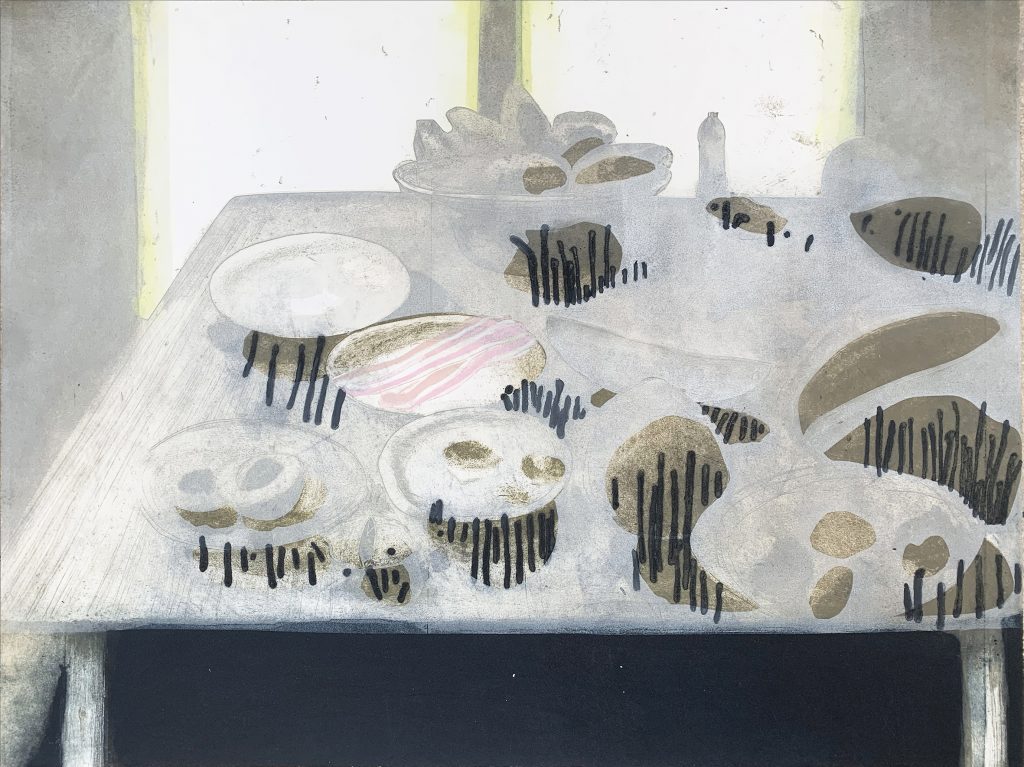 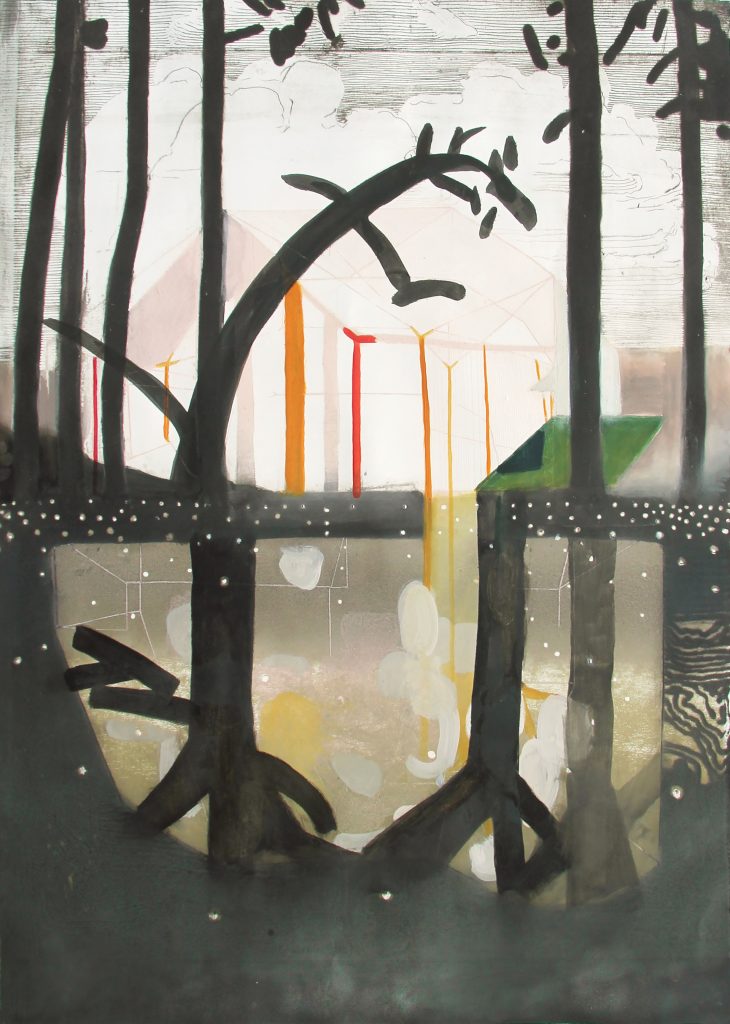 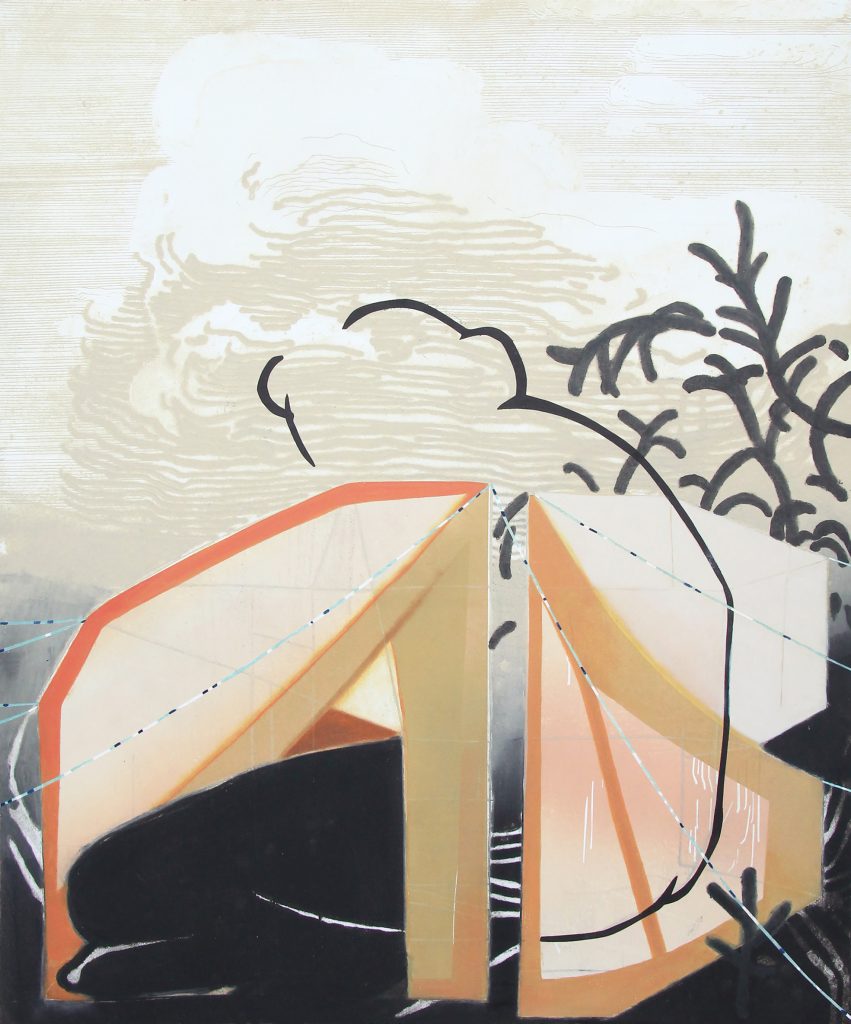 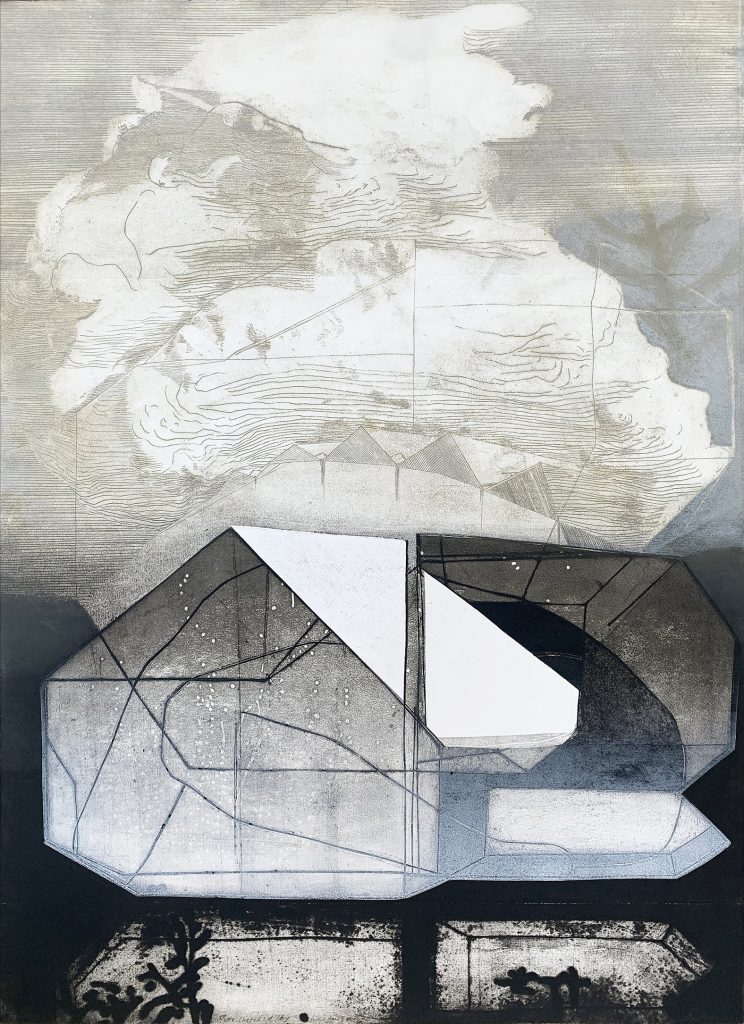 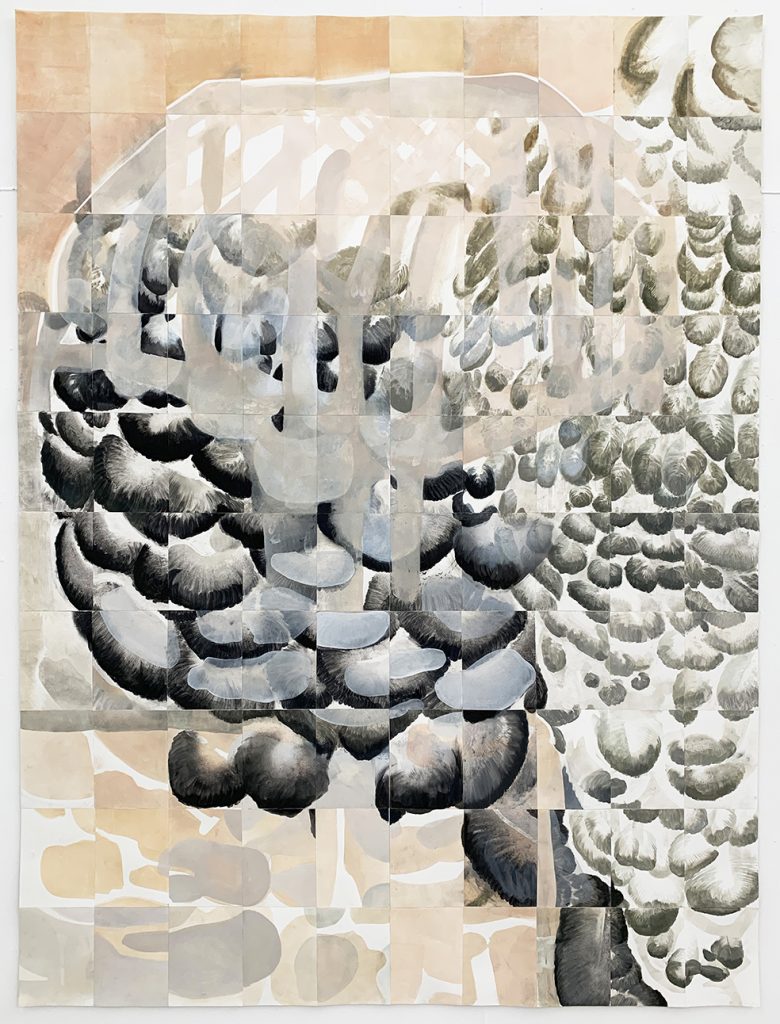 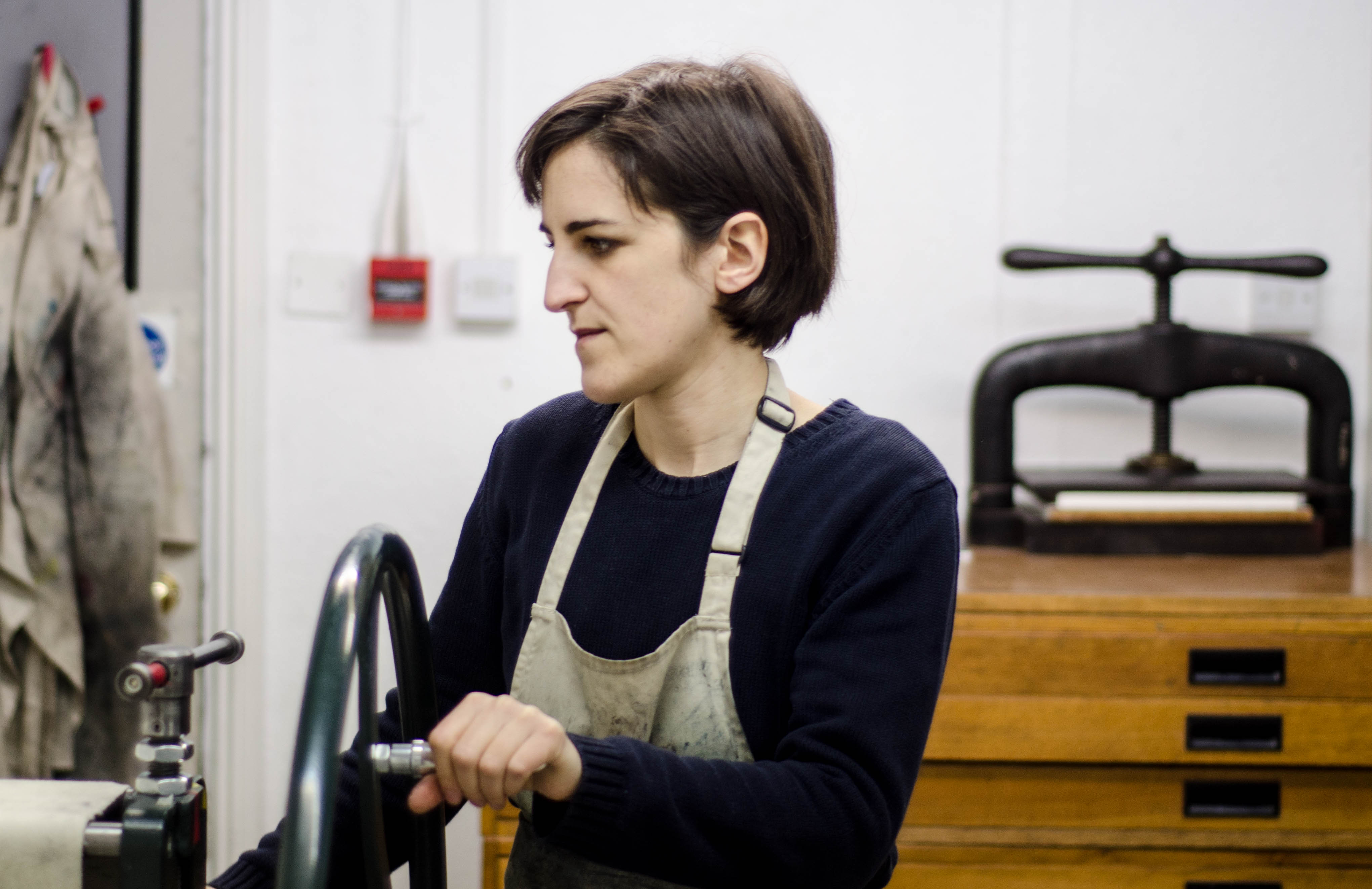